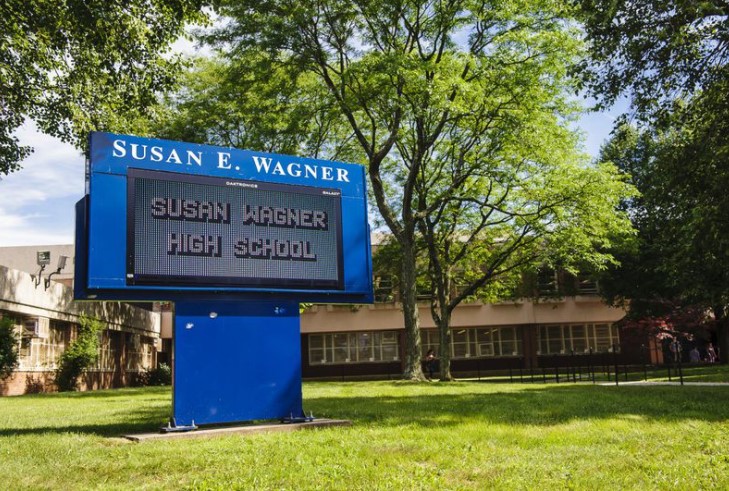 A Staten Island high school was put on lockdown after a student waiting on the sidewalk for a city bus was pistol-whipped by a rival in a caught-on-video attack, police said Tuesday.

The 16-year-old student was waiting for the bus near Susan E. Wagner High School on Manor Road at about 3 p.m. Monday when two attackers jumped out of a blue vehicle and charged the teen.

Video taken by a student shows the teen on the ground being pummeled by one of the suspects as a city bus and a school bus idle nearby.

One of the suspects, dressed in a blue jogging suit, repeatedly punched the victim, then cracked him over the head with the butt of a pistol before jumping back in the car and speeding off, cops said.

The attack sparked a two-hour lockdown at Wagner High, although the dismissal bell had already rang.

EMS took the teen to Staten Island University Hospital North, where he was treated for bruises and a deep cut to the left side of his head.

No arrests have been made. Education Department spokesman Nathaniel Styer said the two attackers did not attend Wagner High.

“Ensuring our students can safely travel to and from school is the top priority of both the DOE and NYPD,” Styer said.