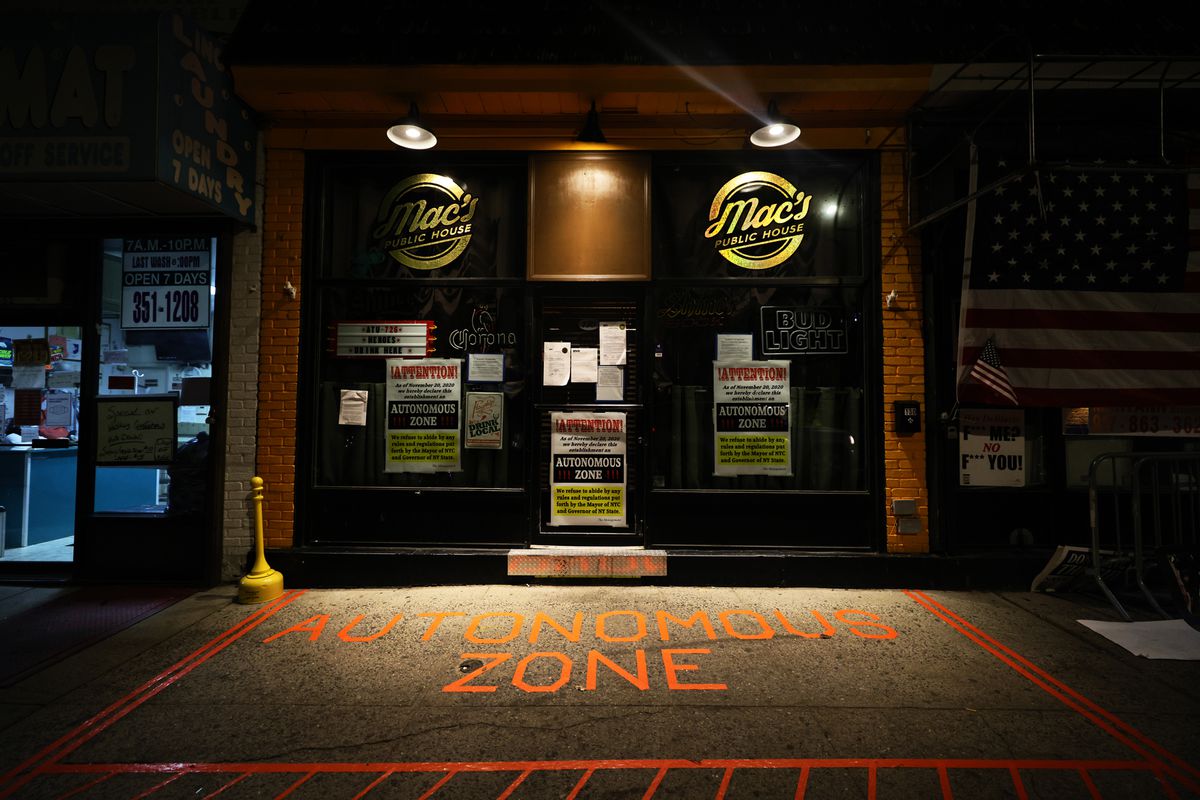 A new lawsuit filed by the owner of Staten Island’s notorious bar Mac’s Public House — which made headlines for flouting COVID-19 restrictions — conspicuously fails to mention the pandemic at all in court papers.

Daniel Presti and his lawyer, Louis Gelormino, filed the suit Wednesday against the city’s Sheriff’s Department in Brooklyn Federal Court, alleging they were wrongfully imprisoned inside the pub on Dec. 1 and that the sheriff’s department ran a defamation campaign against Presti.

The city sheriffs raided the establishment on Dec. 1, finding more than a dozen patrons inside the bar even though it was only allowed to serve take-out at the time due to COVID-19 restrictions. But there is no mention in the suit of coronavirus or the fact that the establishment was acting illegally when the raid took place.

The suit notes that after Presti’s arrest on that day for obstruction of governmental administration, sheriffs came back to Mac’s Public House in the following days and blockaded the watering hole.

There were massive rallies outside the bar after it was shut down on Dec. 1. Protesters chanted “USA” and “F— Cuomo” and demanded that the sheriffs leave the premises.

After the blockade ended, Presti “continued business as usual” on Dec. 5, though sheriffs said that he was allowing patrons to again enter the establishment through a secret backdoor to the pub, then serving maskless customers.

Just after midnight that evening, Presti left Mac’s Pub and was walking alone to his car when two men yelled his name and started running up behind him, the suit claims. Presti did not know they were law enforcement and believed it was related to an earlier attempted break in by three men, two in ski masks, on Dec. 4, the suit says.

The men were sheriffs but did not identify themselves as they chased him, he claims. Presti hopped in his vehicle and one of the men jumped on the hood. He drove off and was eventually rammed by a sheriff’s car and taken into custody, according to the suit.

The suit claims that Presti was the subject of a defamation campaign by the sheriff’s department because they said he broke an officer’s legs then said he only fractured the officer’s legs.

Presti’s civil lawyer did not immediately provide comment. Neither did the city’s law department.