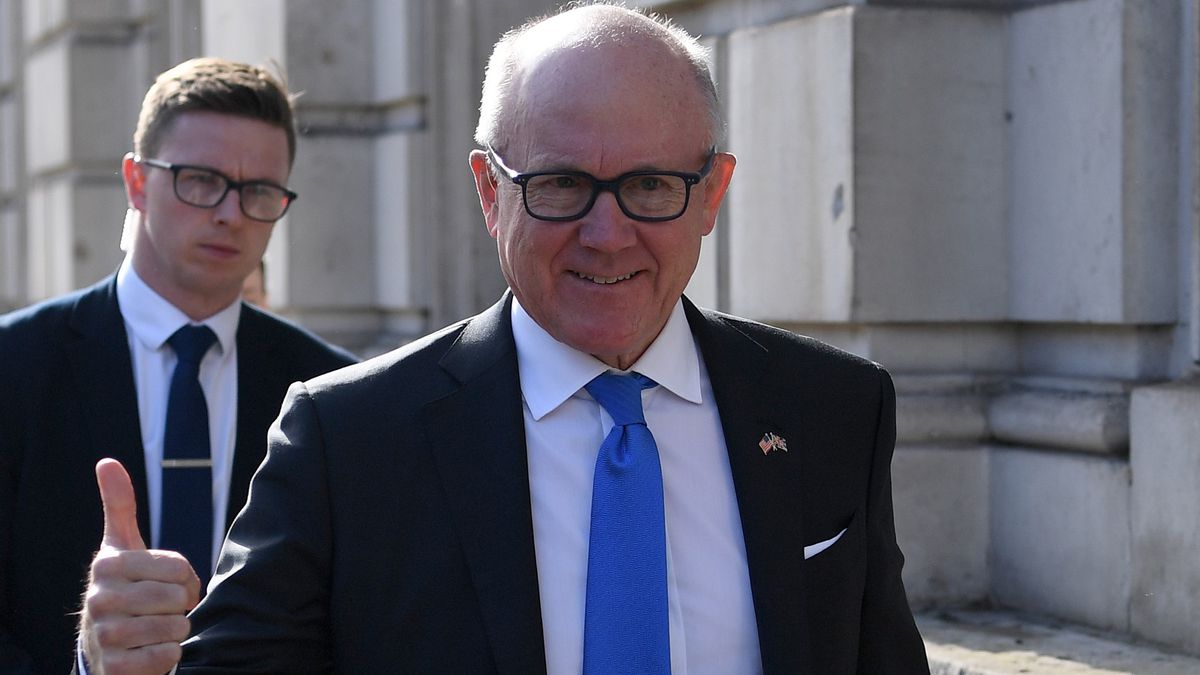 A State Department report on Jets owner Woody Johnson’s conduct as ambassador to the United Kingdom was released to the public on Wednesday.

It concludes that Johnson “sometimes made inappropriate or insensitive comments on topics generally considered Equal Employment Opportunity (EEO)-sensitive, such as religion, sex, or color.”

Johnson denied the findings in the report and even went as far as to ask the State Department to not publish this section of the report, according to the New York Times.

The Office of the Inspector General (OIG) report does not cover Johnson’s reported attempt to swing the British Open to a Donald Trump-owned golf course in Scotland, despite previous reporting that the OIG was aware of it. CNN reported Wednesday that the OIG is working on a separate report covering the Trump-Johnson British Open push.

In his response, also included in the report, Johnson says he watched a “video on workplace harassment.”

The OIG made 20 recommendations at the end of its report, including “a more thorough review” of the possibility that Johnson’s conduct violated employment laws. The embassy accepted the other 19 — covering things like signage, pension plans, crisis planning, fire protection and office layout — without complaint. But it rejected any review of Johnson’s behavior. The State Department ultimately sided with Johnson over its Inspector General.

“During my tenure as U.S. Ambassador to the United Kingdom and indeed for the entirety of my professional life, I have respected both the law and the spirit of EEO principles and have ensured that all employees under my direction do the same,” Johnson wrote in a response that was dated May 2020. “If I have unintentionally offended anyone in the execution of my duties, I deeply regret that, but I do not accept that I have treated employees with disrespect or discriminated in any way.”

This exchange between Johnson and the OIG predated a late-July CNN report which detailed Johnson’s offensive comments. Among those reported at the time:

The New York Times also reported that Johnson asked a coworker if she was Jewish.

Philip Reeker, the Acting Assistant Secretary of European and Eurasian Affairs — the part of the State Department that the OIG asked to further review Johnson’s conduct — wrote that Johnson would not be investigated beyond this.

“We do not believe a formal assessment is required,” Reeker wrote in the report. He noted that Johnson had watched an Office of Civil Rights video on workplace harassment.

When reached for comment on Wednesday’s report the Jets referred to the organization’s original statement released in July.

At the time of the original reports, Jamal Adams said “We need the RIGHT people at the top. Wrong is wrong!” The Jets have since traded Adams.

The Jets and head coach Adam Gase said that their stance hadn’t changed from when the allegations were first reported. The team pointed to its initial statement from last month. At the time, Johnson said “These false claims of insensitive remarks about race and gender are totally inconsistent with my longstanding record and values.”