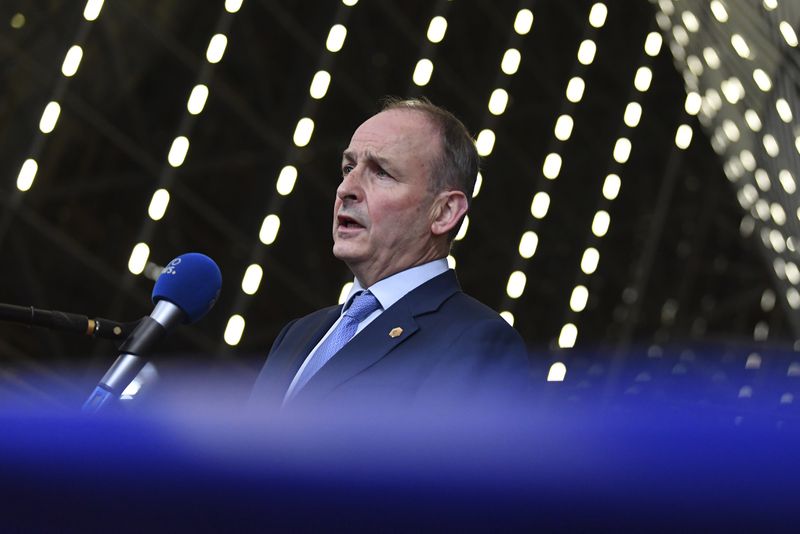 Micheal Martin, known as the taoiseach on the Emerald Isle, had to leave the Ireland Funds Gala in Washington, D.C., on Wednesday night after hearing of the positive test, Politico reported. He was not wearing a mask while sitting next to Speaker of the House Nancy Pelosi at the gathering.

Martin, 61, had tested negative on an antigen test, but took a PCR test as well, according to Irish news outlet The Journal. He got the positive PCR result while at the gala.

President Biden spoke briefly at the event. Martin was supposed to speak too, but his appearance was canceled after he was whisked out of the room.

The two leaders were also expected to meet Thursday morning at a yearly event, but that link-up will be called off too, The Journal reported. Biden and Martin were further scheduled to speak together at a luncheon and at the yearly White House shamrock ceremony, according to Politico.

Martin’s St. Patrick’s Day was supposed to start with a traditional breakfast with Vice President Kamala Harris and her family, but that event was also canceled due to COVID. The breakfast was called off Tuesday after Second Gentleman Doug Emhoff tested positive.

Harris and Martin spoke by phone Wednesday. Despite Emhoff’s infection, Harris has continued to test negative for the virus.