St. Louis couple who pointed guns at protesters were ‘in fear for our lives’ 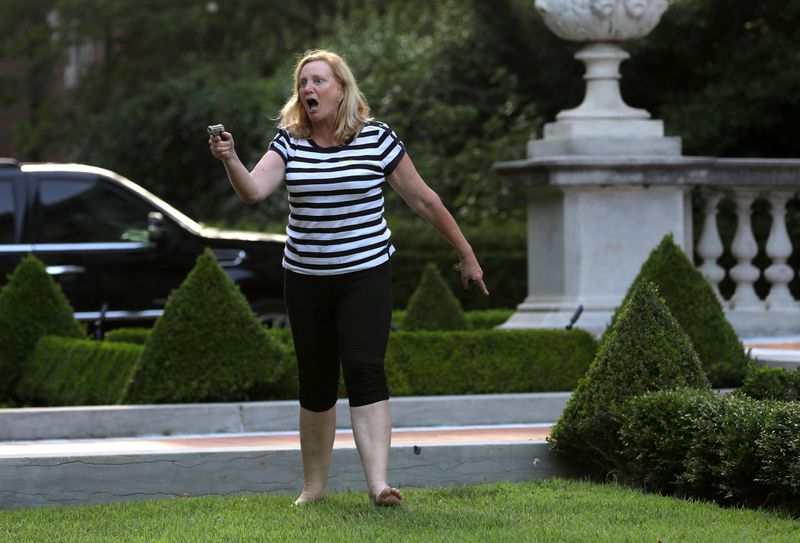 A St. Louis couple who brandished guns at peaceful protesters surging down their street said Monday they were terrified of what appeared to them to be an unruly mob.

“It was like the storming of the Bastille, the gate came down and a large crowd of angry, aggressive people poured through,” personal injury lawyer Mark McCloskey, 63, told KMOV-TV on Monday.

“I was terrified that we’d be murdered within seconds. Our house would be burned down, our pets would be killed.”

Mark McCloskey held a rifle and his wife, 61-year-old Patricia McClosky, pointed a handgun at the crowd of about 300 demonstrators.

The marchers were calling for the resignation of Mayor Lyda Krewson, who had earlier posted a Facebook video of her reading letters from constituents advocating for defunding the police – complete with their full names and partial address information.

Though she later took the video down and apologized, for her detractors the damage was done.

Mark McCloskey told KMOV that the “mob of at least 100” had “smashed through the historic wrought iron gates of Portland Place, destroying them,” even though video evidence refuted that claim, showing as it did the gate intact, and protesters opening it and walking through.

The family had been dining outside, McCloskey told KMOV, and the crowd allegedly rushing toward them “put us in fear for our lives.”

The street is private property and clearly labeled as such with signs saying, “No Trespassing” and “Private Street,” CNN reported.

“The peaceful protesters were not the subject of scorn or disdain by the McCloskeys,” the couple’s attorney, Albert S. Watkins, told CNN. “To the contrary, they were expecting and supportive of the message of the protesters. The actions of violence, destruction of property and acts of threatening aggression by a few individuals commingling with the peaceful protesters, gave rise to trepidation and fear of imminent and grave.”

“I am alarmed at the events that occurred over the weekend, where peaceful protesters were met by guns and a violent assault,” St. Louis Circuit Attorney Kim Gardner tweeted Monday, adding that her office is investigating. “We must protect the right to peacefully protest, and any attempt to chill it through intimidation or threat of deadly force will not be tolerated.”