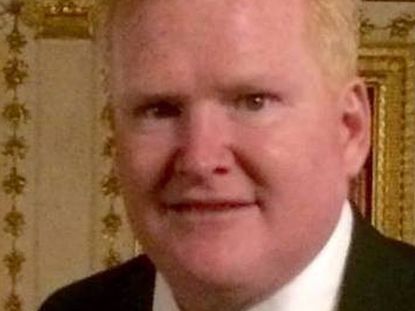 Two days after he was shot in the head, Alex Murdaugh announced that he was resigning from his law firm and entering rehab. His law firm paints a different picture, one of a forced resignation and missing funds.

Murdaugh, 53, was “pushed out” of Peters Murdaugh Parker Eltzroth and Detrick Friday after his bosses confronted him about “misappropriated” money, the New York Times reported late Monday.

The firm reportedly hired a forensic accounting company to investigate the missing money, although it’s unclear what first alerted them to the problem.

The missing funds totaled “millions,” a source told the Times.

The law firm has reported the findings to both the South Carolina Bar and the local police.

A spokesperson for the firm did not immediately return a request for comment.

On Monday, Murdaugh announced his resignation with few details and a statement that only raised more questions.

“The murders of my wife and son have caused an incredibly difficult time in my life,” he said.

His attorney, Jim Griffin, later clarified to The State that Murdaugh was entering “a drug treatment center to care for his substance abuse.” Griffin did not return multiple emails from The News.

The twist is just the latest in a messy saga for the prominent South Carolina family, which began unraveling when Maggie, 52, and Paul, 22, were shot to death near the dog kennels on their property in June.

No arrests have been made or suspects identified, but the murders have dredged up two previous scandals, the first a 2019 boating accident during which Paul crashed into a bridge, sending 19-year-old Mallory Beach overboard and killing her, and the second, a 2015 fatal hit-and-run that left 19-year-old Stephen Smith dead.

On Saturday, Alex Murdaugh was pulled off on the side of the road to fix a tire when a pickup truck drove past him, turned around and someone inside shot him. He suffered a “superficial” wound to his head, according to police.

No suspects have been identified in this shooting either.