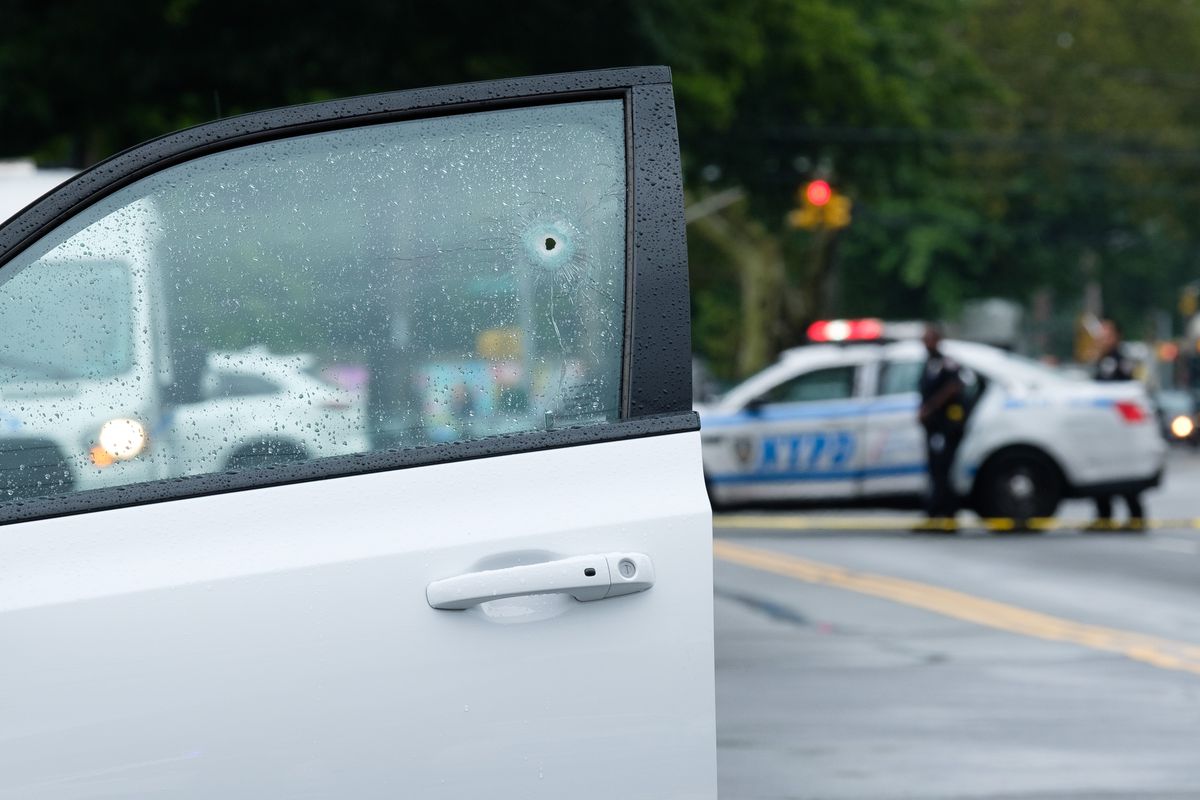 At the start of last week, the NYPD’s 47th precinct precinct had seen five homicides this year.

And then in a five-day explosion of violence, the number of murders doubled in the northern Bronx precinct covering parts of Edenwald, Wakefield, and Williamsbridge.

Five men were shot to death in separate incidents between Wednesday and Sunday, leaving residents stunned and victims’ relatives heartbroken.

“It’s just so much hatred. But can I put a reason on it? No,” said Jamal G., a cousin of Richard Black, one of the five slain men. “I have no clue but this is the way of the world today. It’s horrible.”

The other 11 precincts that make up the Bronx saw just two slayings during the five days when Black and four other victims died in the 47th Precinct.

“Out here people die in twos and threes,” a frightened friend of Wayne Heslop, another victim of the 47th Precinct’s surge in shootings, told the Daily News Monday. “If you see one go down there’s probably two or three others.”

Although cops have not established connections between the five slayings, three happened within less than a mile of each other. No arrests have been made in any of the five homicides, police said.

Citywide, murders are slightly down this year through Sept. 5, with 314 victims compared to 321 by the same point last year, a 2% drop.

But in the 47th precinct homicides are up 25%, a spike fueled by last week’s bloody stretch.

“I grew up in the era where there was nothing but violence. But to watch these people going around killing other people, and they are children, it’s terrible,” “said Omar Harris, 54, whose nephew Dennis Neal was killed on Friday. “I don’t know if it’s due to COVID, but since COVID it’s been a spike.”

The drumbeat of mayhem began early Wednesday when cops sped to De Reimer Ave. near Strang Ave. in Edenwald and found Heslop, 27, with a gunshot wound to the head. Heslop died at Jacobi Medical Center.

On Monday, mourners were still gathering at a memorial crowded with candles outside the home of the free-spirited artist.

“He was into meditation heavy. Into nature. What he lived by was peace, love and nature,” said Heslop’s sister, who declined to give her name. “He was an artist, a creator. He didn’t bother people.”

In a recent photo adorning the memorial, Heslop, in a green hat, sat outside a July 4th cookout at the house, listening to music on his headphones even as the party went on around him.

“My son could take the simplest things and find joy from it,” said Heslop’s devastated mother, who also asked not to be named.

Heslop designed clothes, adding idiosyncratic studs to leather jackets and shoes and creating multi-layered garments that made it impossible not to notice him walking down any street in the Bronx.

Just around the corner from Heslop’s home, the family of Dennis Neal was holding their own vigil on Monday. Flickering candles spelled out Neal’s nickname, “Loopy.”

Neal, 28, was shot in the chest outside the Edenwald Houses on E. 229th Drive South near Laconia Ave. about 8:30 p.m. Friday. He was taken to Montefiore Medical Center but couldn’t be saved.

Neal had been out of prison for about 18 months after serving three years for weapon possession. He was just about to move in with his fiancée on City Island, where he hoped to find a more peaceful existence.

“We had a big fight two months ago, just bulls–t regular brother-sister stuff,” recalled Carrie Lorenzo, Neal’s sister. “I’m broken. I’m empty. I can never forgive myself for that.”

Neal sold T-shirts and had recently talked about investing in the stock market when he was killed.

“He was trying to be a role model for his sons and daughter. He just got a house, a motorcycle,” she added.

She believes his efforts to straighten out his life got him killed.

“They didn’t like the fact that my brother was out here and getting his life together. They killed him over jealousy, hatred. When a person see him doing good for himself they hate,” Lorenzo said.

Less than 8 hours after Neal was gunned down, Wray Harding, 55, was shot in the chest and right leg on Boston Road near De Reimer Ave. He died at Jacobi Medical Center.

Harding’s son Kymani said his dad worked as a mechanic and was born in Jamaica.

“I don’t get it. I don’t know if him and anybody had something going on,” Harding said. “He’s a down-to-earth guy. He was a good guy. He’s friendly. He’s an easy-going man, kind and loving.”

The Bronx bloodshed wasn’t over.

On Sunday, about 1 a.m., cops rushed to Eastchester Road near Adee Ave. and found truck driver Richard Black, 39, shot in the head sitting in his car, the victim of a drive-by. He died at Jacobi Medical Center.

Black had a son in his late teens and a daughter who had just learned to walk. He adored cars, e-bikes and dirt bikes.

Jamal last saw Black the day before he was killed.

“He told me be safe and he loved me,” Jamal recalled. “Literally our last words to each other.”

The death toll could have been worse.

About 14 hours after Black died, Ramirez, 43, was shot in the chest in a deli on White Plains Road near Nereid Ave. just before 3:30 p.m. He staggered to the sidewalk and collapsed, dying later that day at Montefiore Medical Center.

“I heard a shot. I was right here. One shot,” said Juliet Jaijairam, who works in a shop next door to the deli. “I was scared so I didn’t go outside. Then I saw the guy came right by my door. And then he tumbled down right there. The door was open and he grabbed onto it and he dropped.”

Jaijairam called 911 and looked for cover.

“I didn’t want to go closer in case the gunman came for me,” she said.