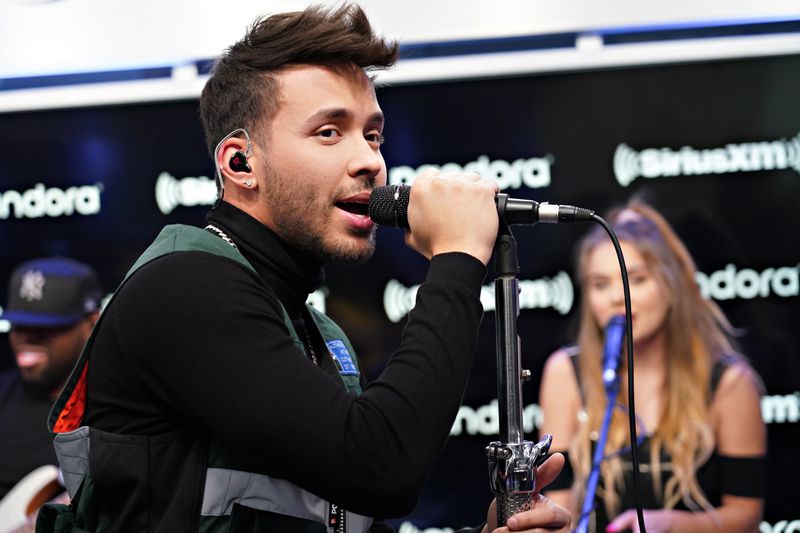 Bronx-born singer Prince Royce revealed Friday that he’s battling an unexpected coronavirus diagnosis and is worried that young people won’t protect themselves over the Fourth of July holiday weekend, potentially infecting their families and friends.

“I never thought I would have to make this video,” the 31-year-old Bachata star told his followers on social media.

“It’s something that I’m in shock,” he said. “I didn’t think it was going to happen to me. I thought that taking precautions by washing my hands and wearing a mask was going to be enough and it was not.”

The Dominican-American singer, born Geoffrey Royce Rojas, said his symptoms began nearly two weeks ago, but he described his case as “mild” and said he’s been feeling well.

Royce said he’s been taking precautions since the pandemic began and doesn’t know where he got infected. He’s now “concerned and frustrated” to see people around the country not taking the virus seriously and even refusing to wear masks.

“I know Fourth of July is coming up,” Royce said in the video. “I know we’ve been stuck. We want to go out. We think it’s not going to happen to us.

“It’s real,” he warned. “And I just want to try to encourage my community, my youth, to take care of yourselves, to be mindful of others. Some of you guys might not be having symptoms and you guys might be spreading this around.”

Royce — whose music is a blend of Latin pop, Bachata and R&B — has won more than 20 Latin Billboard Awards and earned at least a dozen Latin Grammy nominations, according to a biography on his official website. He has also scored numerous number-one radio hits, including “Corazon Sin Cara” and “El Verdadero Amor Perdona” from 2011 and “Darte Un Beso” from 2013.

The beloved musician urged his millions of social media followers not go out if they don’t have to and keep practicing social distancing.

The relentless pandemic continues to affect much of the U.S., worrying health officials and causing states to roll back reopening plans. The number of new COVID-19 cases confirmed across the country on Thursday broke another record, and on Wednesday, the numbers of new cases soared past 50,000 for the first time.

The infection curve is now rising in 40 out of 50 states, including Arizona, California, Florida, Georgia, Kansas and Texas.