‘That little girl lives for her dad’: Girlfriend of man shot and killed in front of his 7-year-old daughter in Bronx drive-by says life will be hard without him 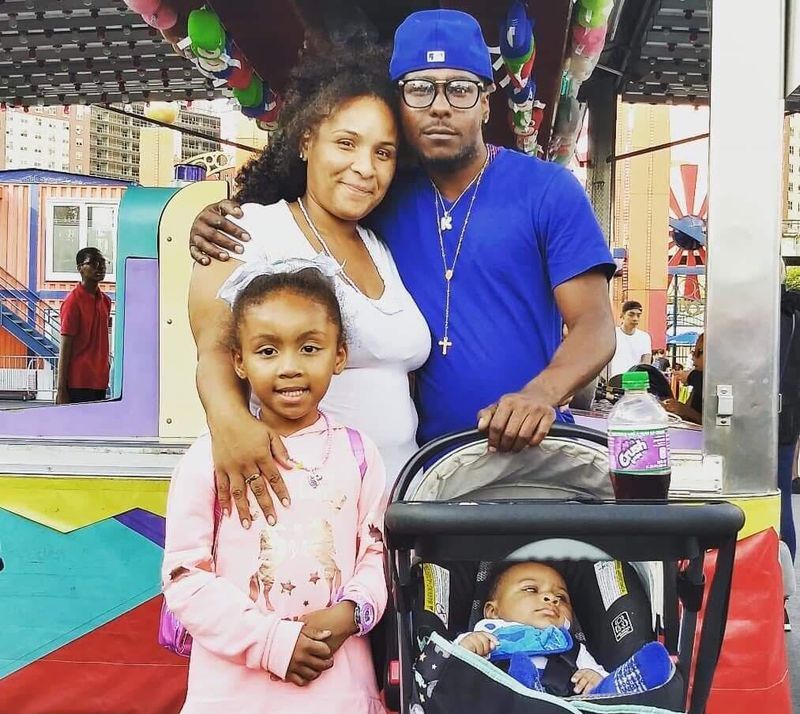 A man gunned down during a fatal drive-by shooting while walking with his daughter in the Bronx was planning to leave the city to settle down in a quiet spot in the South, his girlfriend said Tuesday.

Anthony Robinson would have already left for South Carolina, but he wanted to spend some time with his 7-year-old daughter before he left the fast pace and violent streets behind, said his girlfriend, Stephanie Quinonez, 29.

Now, Robinson is dead, and his daughter’s last memory of the man she idolized as a hero is of him writhing on his back, mortally wounded in a crosswalk near a trash can and sewer grate.

Quinonez is not Khloe’s mother, but she shared a daughter the same age with Robinson, and the two girls have been raised like the sisters they are.

“We raised our two little girls together,” Quinonez said. “They’re best friends. They haven’t spoken yet. It’s hard. I know they’re going to cry. Anthony always called my daughter everyday, because she has her own cell phone. She’s asking why he hasn’t called. I told her what happened but she still doesn’t understand. She asked, how am I supposed to talk to him, and I told her, you pray and he might hear you. And she’s like, but he can’t talk to me.”

Robinson, 28, was holding hands with Khloe and crossing a Bronx street Sunday afternoon when a gunman in a dark sedan leaned out of the passenger seat and shot four times, striking Robinson in the chest.

The bloodshed was part of a holiday weekend of violence more typically associated with the crack epidemic years of the late 1980s and early 1990s.

On Sunday alone, 48 people were shot, nine fatally, in 30 different incidents around the city.

On Friday and Saturday, 15 people were shot, one fatally, in 14 incidents. Another person was stabbed to death on Friday.

Robinson’s shooting was caught on a surveillance camera, and in the video, the terrified little girl, her hair in pigtails lets go of her daddy’s hand, and sprints down the street to safety. She was not injured. But Quinonez said she has been wounded forever.

“That little girl lives for her dad,” Quinonez said. “She’s real crazy for him.”

Quinonez said she has watched the video, and is convinced her boyfriend saved Khloe’s life.

“The way he looked down at her, he told her to run,” Quinonez said. “He knew something bad was going to happen. He looked at her and told her what to do. I watched it a million times. He told her to run. But his daughter, she always wants to know why. She’s very observant. I saw she stood there in the video before she ran. But she stood there because she wouldn’t leave her father. Not Khloe. She wasn’t going to leave her father there for nobody.”

Quinonez said they were planning to settle in South Carolina, where Robinson’s parents live. She said Robinson’s mother and father were on their way to New York to make funeral arrangements.

“I was living with him but right now I’m in Florida,” Quinonez said. “He was going to go down to South Carolina and get a job, get us a house and then I was going to meet him there. We were just going to live our life there. His mom and dad live there. That was our plan.

“He was supposed to leave this week but he still hadn’t left. He wanted to spend time with his daughter and then all this happened to him.”Video captures moment gunman in car shoots man in Bronx walking with young girl.

Quinonez said she met Robinson when they were both 12, growing up in the Bronx, and dated on and off since junior high school before settling down together in 2016.

Robinson and Quinonez have a 1-year-old boy together and, three weeks ago, she gave birth to another baby, a little girl Robinson never got to meet.

“I have so many emotions. I don’t know how to feel,” Quinonez said. “I’m just lost. He never left my side When we got back together it was just us all the time. We had two daughters and then we created our own family with each other. He was my best friend. I don’t want to be angry and I can’t feel too much because I have my baby and I breastfeed and I don’t want to ruin her milk. It’s too much. She looks just like him.

“He kept saying, ‘I just want one kid who looks like me.’ And then she came out like that and he can’t even experience her now. She’ll never know him, not even a little bit, nothing. He didn’t even get to hold her, nothing.”