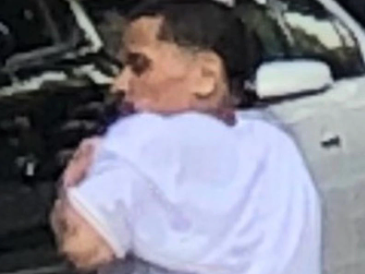 Police have arrested man they say slashed a 2-year-old boy in a stroller in Manhattan.

Anthony Gonzalez, 35, who lived just blocks away from Morningside Heights attack, is facing assault and weapons possession charges for slicing the tot above his eye during a bizarre exchange on W. 110th St. and Morningside Drive on Wednesday, cops said.

Gonzalez seemed friendly when he approached the boy and his 46-year-old babysitter, and acted as if he wanted to play with the child, sources said.

But when the babysitter turned away, Gonzalez slashed the tot just above his right eye and ran off.

The child was taken to Mount Sinai Morningside and required stitches to close the wound.

“My wife was horrified,” the boy’s father, who did not want to be identified, told ABC 7 News. “My son is very nervous, also under stress.”

Cops released surveillance video of the slasher as he ran off. A Crime Stoppers tip led police to Gonzalez, and he was nabbed Thursday.

His arraignment in Manhattan Criminal Court was pending Friday.