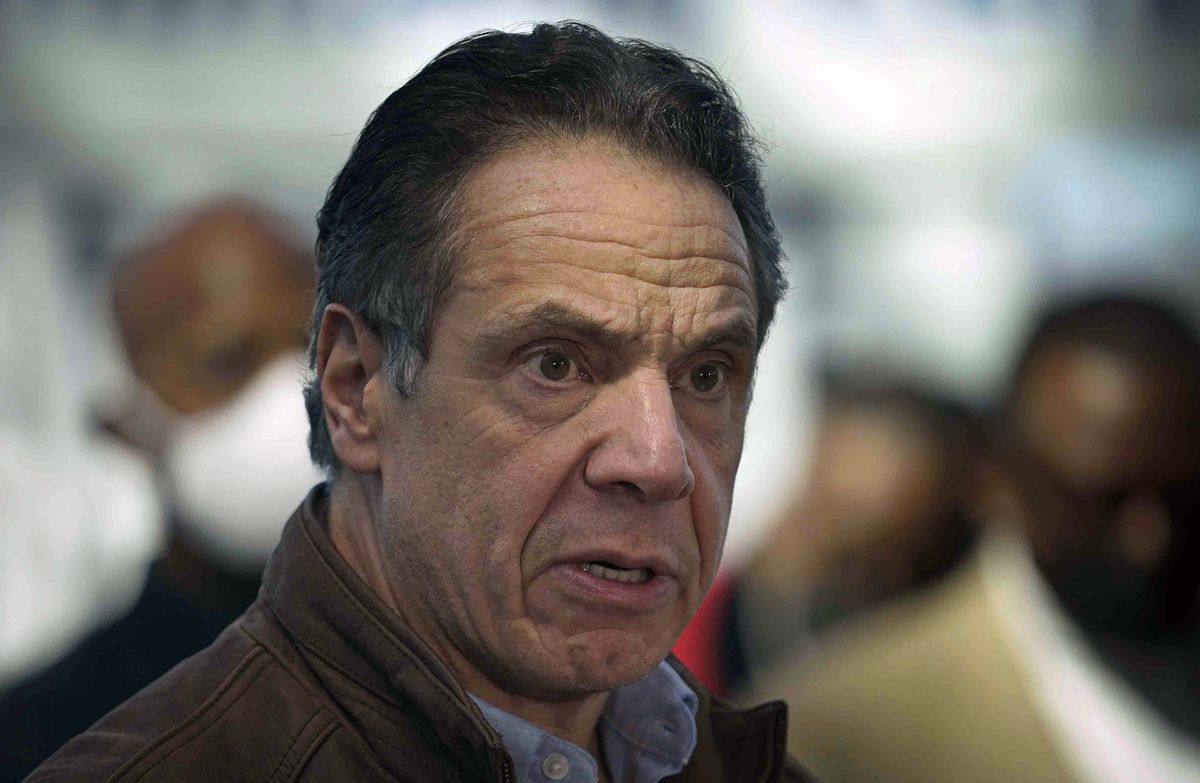 A former aide to Gov. Cuomo came forward with allegations Friday that he subjected her to verbal and mental abuse after hiring her because of her physical appearance, becoming the seventh woman to accuse the embattled governor of sexually-charged misconduct.

The ex-aide, only identified as Kaitlin, told New York Magazine that she first encountered Cuomo at a fund-raiser in 2016 hosted by the lobbying firm she was working for at the time.

At the end of the event, the governor approached her and other employees at the lobbying firm to introduce himself, according to Kaitlin.

When he got to Kaitlin, Cuomo told her he had a feeling she would soon be working in state government, she said.

“Then he grabbed me in a kind of dance pose,” Kaitlin recalled to the magazine. “I was thinking, ‘This is the weirdest interaction I’ve ever had in my life’ … I was like, ‘Don’t touch me.’ Everybody was watching.”

Later that week, Kaitlin said she got a call from the governor’s office asking her to interview for a job.

She said she’s confident the only reason she got that call was because Cuomo liked her looks.

“We all knew that this was only because of what I looked like,” said Kaitlin. “Why else would you ask someone to come in two days after you had a two-minute interaction at a party?”

Regardless, Kaitlin said she went to the interview and was offered a job.

Once she started, Kaitlin said she didn’t receive much direction about the nature of the job, other than being told to be “a sponge” and learn from senior women in the office.

She was allegedly also instructed to dress expensively and wear heels. When she came to work with a red plaid button-down shirt once, Cuomo told her she looked “like a lumberjack,” she said.

Kaitlin told the magazine that Cuomo never made any overt sexual advances, but that he often berated her verbally and made suggestive remarks about her looks.

In what she considered a particularly unsettling encounter, Kaitlin said she was called into Cuomo’s office to help him look for car parts on eBay.

“He sat at his desk and angled his chair around,” she told the magazine. “So I was standing there, in a skirt and heels, having to bend over his computer, with him looking at me, and me looking up car parts.”

On another occasion, Cuomo threatened to fire her after she accidentally disconnected a call he was on.

“You can’t figure out the f—ing phones — I’m going to end your career,” Cuomo shouted at her, she said.

Kaitlin, who has since left the governor’s office, said she felt that Cuomo’s behavior amounted to him “verbally and mentally” abusing her.

Six other women, five of whom are former staffers, have accused Cuomo of a variety of sexual misconduct.

The most serious allegation came from an unidentified former staffer who says Cuomo groped her at the Executive Mansion in Albany. That allegation has been passed onto Albany Police for a potential investigation.

Cuomo has denied any wrongdoing and told reporters on a phone call Friday afternoon that he won’t step down.

“I did not do what has been alleged. Period,” he said.

The state Assembly plans to launch an impeachment investigation into the allegations against Cuomo, raising the specter that the Legislature could remove him if he refuses to voluntarily resign.