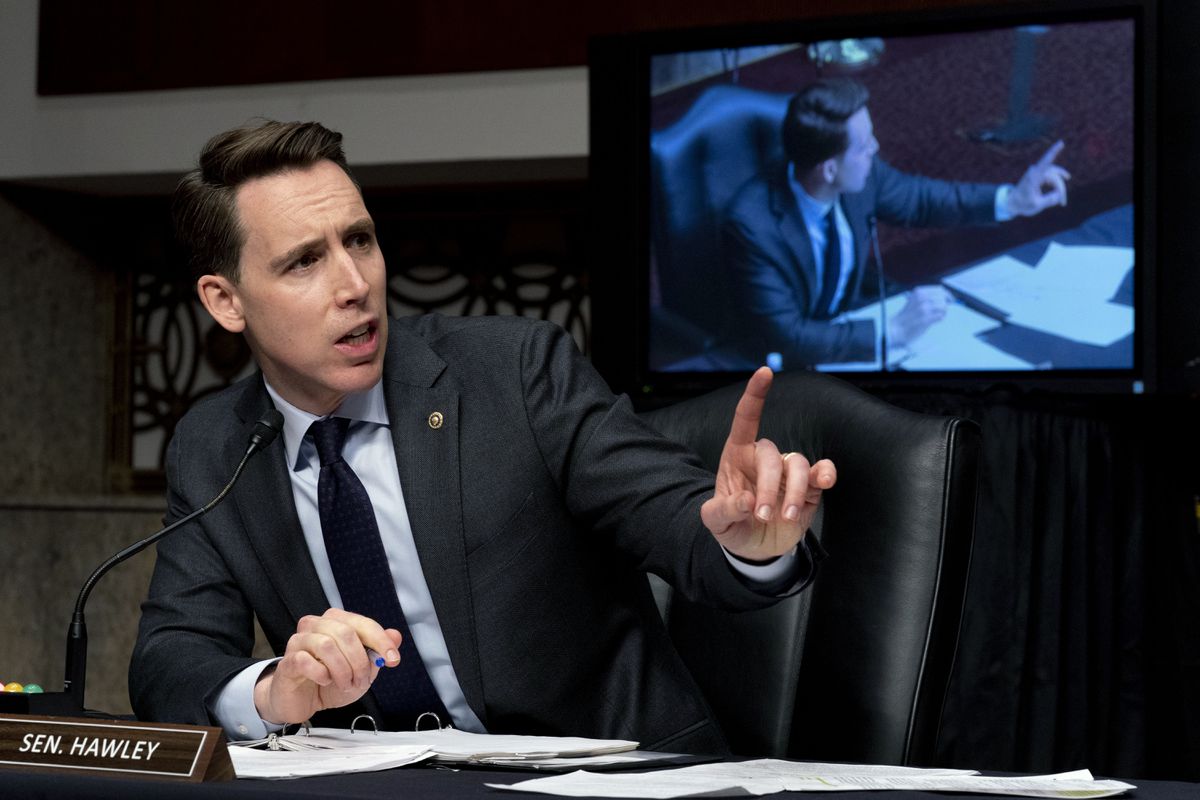 Sen. Josh Hawley made a big stink Tuesday about a retired Army general who recently called the Missouri Republican “a little piece of s–t” who should be disbarred for his role in last month’s deadly pro-Trump attack on the U.S. Capitol.

Hawley took aim at the ex-general, Russel Honoré, during a Senate hearing that was supposed to focus on the security failures that paved the way for the Jan. 6 riot.

Instead of posing questions about the attack itself, Hawley asked each of the four congressional security officials giving testimony at the hearing what they thought of Honoré’s recent statement that they gave the “appearance of complicity” by not making better preparations for Jan. 6.

The security officials replied that Honoré was mistaken, pleasing Hawley.

“Of course none of you were,” said Hawley, who himself remains under fire for his actions before, during and after the Jan. 6 assault. “To allege that any of you were complicit in this violent mob attack on this building I think is not only extremely disrespectful, it’s really quite shocking.”

Honoré, who was tapped by House leaders last month to review security protocols at the Capitol complex, “has no business leading any security review related to the events of Jan. 6,” Hawley added.

Hawley has been beefing with Honoré since the ex-general last month backed calls for the Missouri senator to be expelled from Congress over his amplification of former President Donald Trump’s false claims about fraud in the 2020 election.

“This little piece of s–t with his Yale law degree should be run out of DC and Disbarred ASAP,” Honoré wrote of Hawley in a since-deleted tweet on Jan. 12.

Hawley was the only senator to join a failed motion to throw out electoral votes for President Biden after Congress reconvened to finish up the election certification in the immediate aftermath of the Jan. 6 insurrection, which left a police officer and four others dead.

Like the attackers, Hawley cited Trump’s baseless claims about Democratic cheating and fraud in pursuing his doomed effort to block the election certification.

The fact that Hawley went ahead with the challenge after the pro-Trump riot prompted widespread calls for his expulsion, but the senator maintains he holds no responsibility for what happened on Jan. 6.

“That’s outrageous,” Hawley told reporters during a break in Tuesday’s hearing when asked if he’s complicit in the events of Jan. 6. “I would say it’s absolutely outrageous and an utter lie and no one I think who knows any of the facts alleges any such thing.”