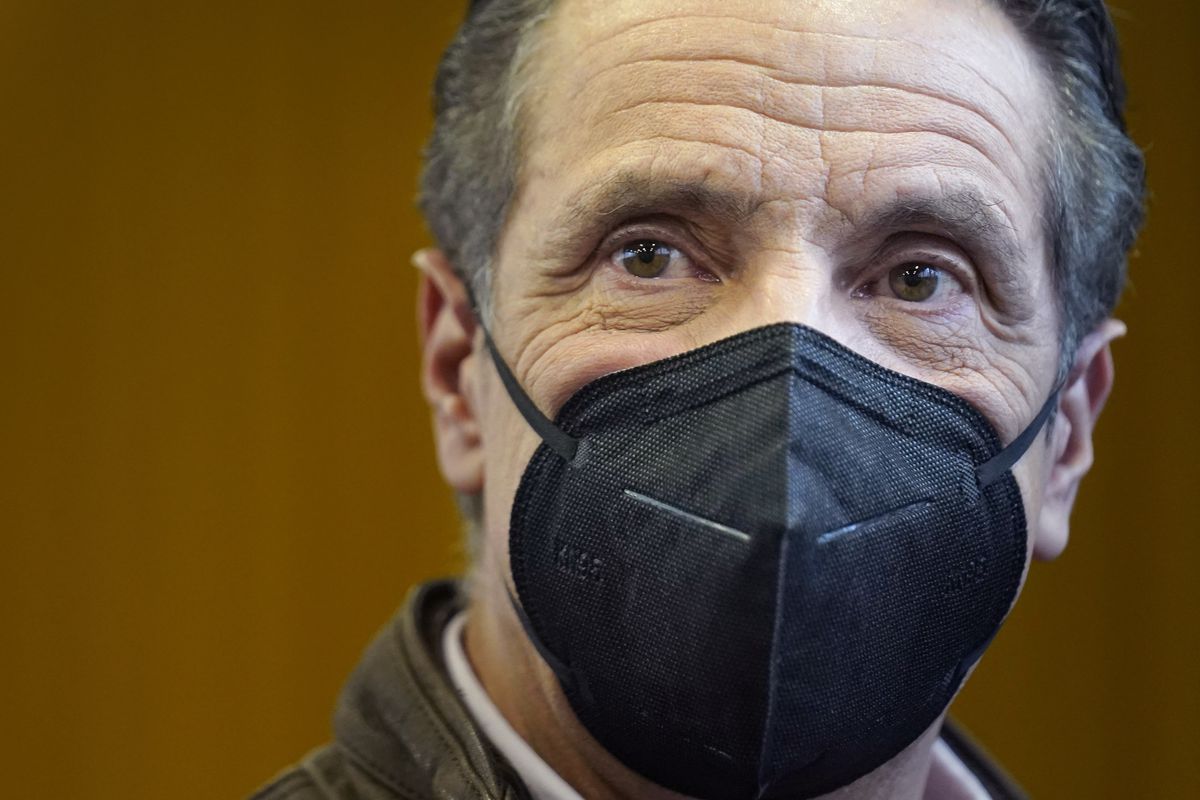 New York’s overall COVID numbers continue to fall, but Gov. Cuomo and city health officials warned Tuesday that viral mutations are a major cause for concern.

The Empire State reported its second known case of a dangerous South African variant on Long Island as the number of detected U.K. variant cases soared to 154, 54% of which are in the five boroughs, the governor said.

City labs have so far found 59 cases of the highly contagious English strain, according to the Department of Health.

The strain, known by the scientific name B.1.17, “is likely more transmissible than other currently circulating or predominant strains in NYC and may cause more severe illness,” the department said in a statement.

“It means in any interaction you have with other people who have this virus, you are significantly more likely to catch it in less time,” he said. “New Yorkers can’t let their guard down even though the outlook for a few months from now is quite positive because of the pace of vaccination.”

Hospitalizations and overall cases are still falling in the state following a post-holiday surge last month. There are currently 5,977 people being treated for coronavirus in the state. Another 88 New Yorkers died from the virus on Monday, according to the governor’s office.

Concerns about the viral strains come as the U.S. reached a grim milestone this week with the nation recording more than 500,000 COVID deaths.

New York is also entering a new phase of reopening as Barclays Center and Madison Square Garden host a limited number of fans for the first time in nearly a year and movie theaters are slated to follow suit.

Cuomo urged caution and touted efforts to increase access to vaccines in minority communities that have been hardest hit by the pandemic.

“As our rates continue to decline, we are opening back up our economy and proving that vaccine distribution can be fair and equitable,” he said. “The light at the end of the tunnel is brighter and brighter each day, but we’re not there yet. I encourage New Yorkers to remain vigilant until the war is won: Wear a mask, socially distance and wash your hands.”

A pair of vaccination sites run in partnership with the federal government are scheduled to open on Wednesday in Brooklyn and Queens, at Medgar Evers and York colleges respectively.

The sites will be able to administer 3,000 doses a day and will be staffed by both federal and state employees. The MTA is also launching a pilot program to provide additional bus service that will help residents get to the mass sites from NYCHA developments and neighborhood community centers.

“The state is committed to vaccinating all New Yorkers, and that means making a concerted effort to reach those communities which have been underserved by the traditional health care system,” Cuomo said.