Schumer, Gillibrand call on Cuomo to resign over sexual misconduct claims amid diminishing support for governor 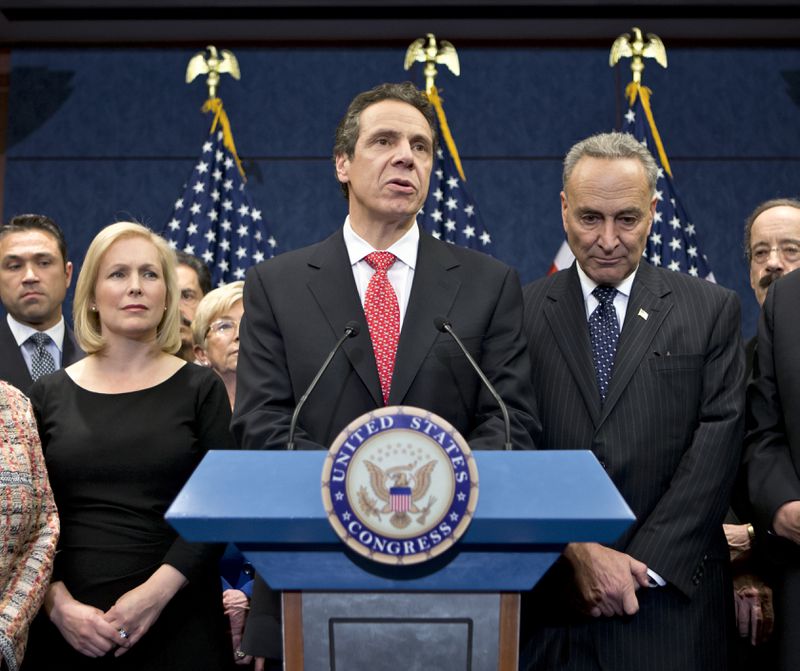 In a joint statement, the Democratic senators lauded the “brave” women who have accused Cuomo of a range of sexual improprieties, with the most serious allegation being that he forcibly groped a staffer under her blouse at the Executive Mansion in Albany last year.

“Due to the multiple, credible sexual harassment and misconduct allegations, it is clear that Gov. Cuomo has lost the confidence of his governing partners and the people of New York. Gov. Cuomo should resign,” Schumer and Gillibrand said in the statement.

The resignation demand from Schumer and Gillibrand came hours after 14 of New York’s 19 House Democrats also called on Cuomo to step down.

Reps. Hakeem Jeffries and Tom Suozzi, two of the five New York House Democrats who didn’t outright call on Cuomo to resign, still said the governor should consider stepping down.

“Under these extraordinary circumstances, the governor must seriously consider whether he can continue to effectively lead the state. No one is above the law,” said Jeffries, the No. 5 Democrat in the House.

The avalanche of Democratic demands for Cuomo’s ouster comes as the governor is facing an impeachment investigation in the state Legislature over the sexual misconduct accusations from six women, five of whom are former staffers to the governor. State Attorney General Letitia James is also investigating the claims as part of a separate independent inquiry.

Schumer’s pile-on is especially significant in that he is the second most powerful member of the entire Congress, lower in rank only to House Speaker Nancy Pelosi (D-Calif.).

A spokesman for Cuomo could not immediately be reached for comment after Schumer’s statement.

Earlier Friday, Cuomo told reporters on a conference call that he has no intention to resign and blasted lawmakers as “reckless and dangerous” for calling on him to quit.

If the governor doesn’t voluntarily resign, it appears likely that the state Legislature could move to remove him via impeachment, with a growing number of Democrats in Albany saying they’re ready to kick Cuomo out of town.