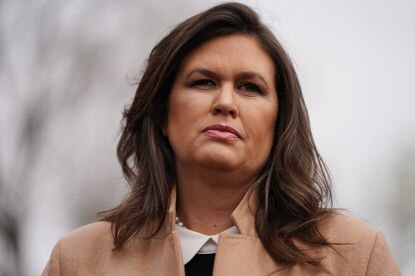 The online scolding reportedly came from Arkansas educator Dana Deree, who taught at Sanders’ former high school. According to Newsweek, which documented Deree’s private tweets, the Navy veteran took exception to Sanders’ complaints that she and other Republicans with ties to the outgoing Trump administration were losing Twitter followers while Democrats were gaining new ones.

“You were a student at Little Rock Central High when I taught AP Government there, but you didn’t take the advanced class,” he tweeted Sunday.

Sanders, who had a notoriously loose relationship with facts while working in the White House, tweeted over the weekend, “I’ve lost 50k+ followers this week. The radical left and their big tech allies cannot marginalize, censor, or silence the American people. This is not China, this is United States of America, and we are a free country.”