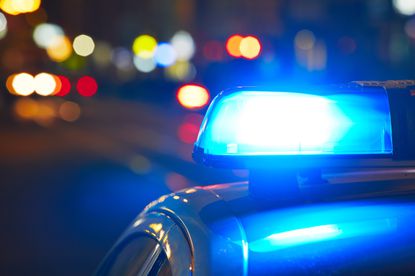 A San Diego man seemingly trying to reboot “Speed” told police that he couldn’t stop driving a stolen tow truck or a bomb would explode.

The suspect, who has not yet been publicly identified, led police on a chase from Pacific Beach to downtown San Diego Monday evening, never going above 10 mph, Officer John Buttle told the San Diego Union-Tribune.

#Tonight A driver in a stolen tow truck led @SanDiegoPD officers on a slow-speed pursuit tonight from Pacific Beach all the way to Downtown San Diego before he finally surrendered. #NBC7

After more than an hour of the slow-motion chase, police eventually stopped the truck, using spike strips to flatten the tires.

The driver refused to get out of the car and police deployed pepper balls into the vehicle until he was forced out, according to the Union-Tribune.

No bomb was found.

Keanu Reeves starred in the 1994 thriller “Speed,” in which he played Officer Jack Traven, chasing a bomb maker who claims a public bus while explode if it drops below 50 mph. The movie won two Oscars and grossed more than $350 million at the box office.