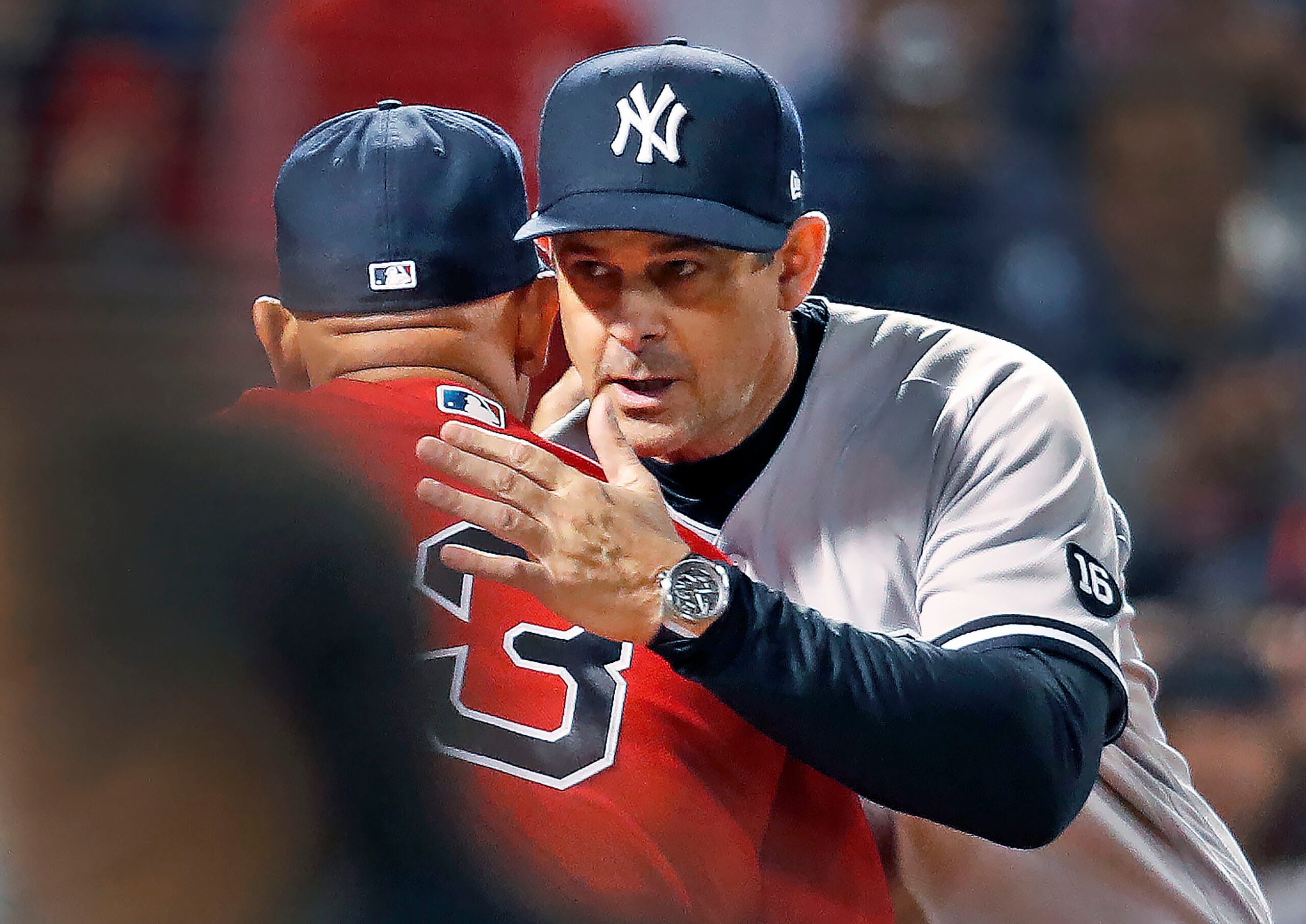 After nearly two weeks of looking at what went wrong with the 2021 season, the Yankees have decided that did not fall on Aaron Boone’s shoulder. The manager had his expiring contract extended for three years with an option for 2025, the team announced Tuesday morning.

It was not that surprising, considering that Boone had the support of the players. GM Brian Cashman and managing partner Hal Steinbrenner made a point to say that it was not Boone’s fault when the team was floundering in early July. Perhaps the length of the contract, which is the same as his last one and exceeds Cashman’s own contract by at least two years, was surprising.

“We have a person and manager in Aaron Boone who possesses the baseball acumen and widespread respect in our clubhouse to continue to guide us forward,” Steinbrenner said in a statement released by the team. “As a team and as an organization, we must grow, evolve and improve. We need to get better. Period. I know Aaron fully embraces our expectations of success, and I look forward to drawing on his intelligence, instincts and leadership in pursuit of our next World Series championship.”

Of course, at the time he backed Boone, Steinbrenner also said it wasn’t the coaching staff’s fault either and the Yankees ended last week with the decision to part ways with hitting coaches Marcus Thames and P. J. Pilittere and third base coach Phil Nevin.

Those moves were seen as another step to get the on-field baseball operations management more in line with the organization’s focus on analytics. Boone was hired after the 2017 loss in the American League Championship Series as someone who would cooperate with the front office and the analytics department and as a former player who could help translate that information down to help the players use it on a daily basis.