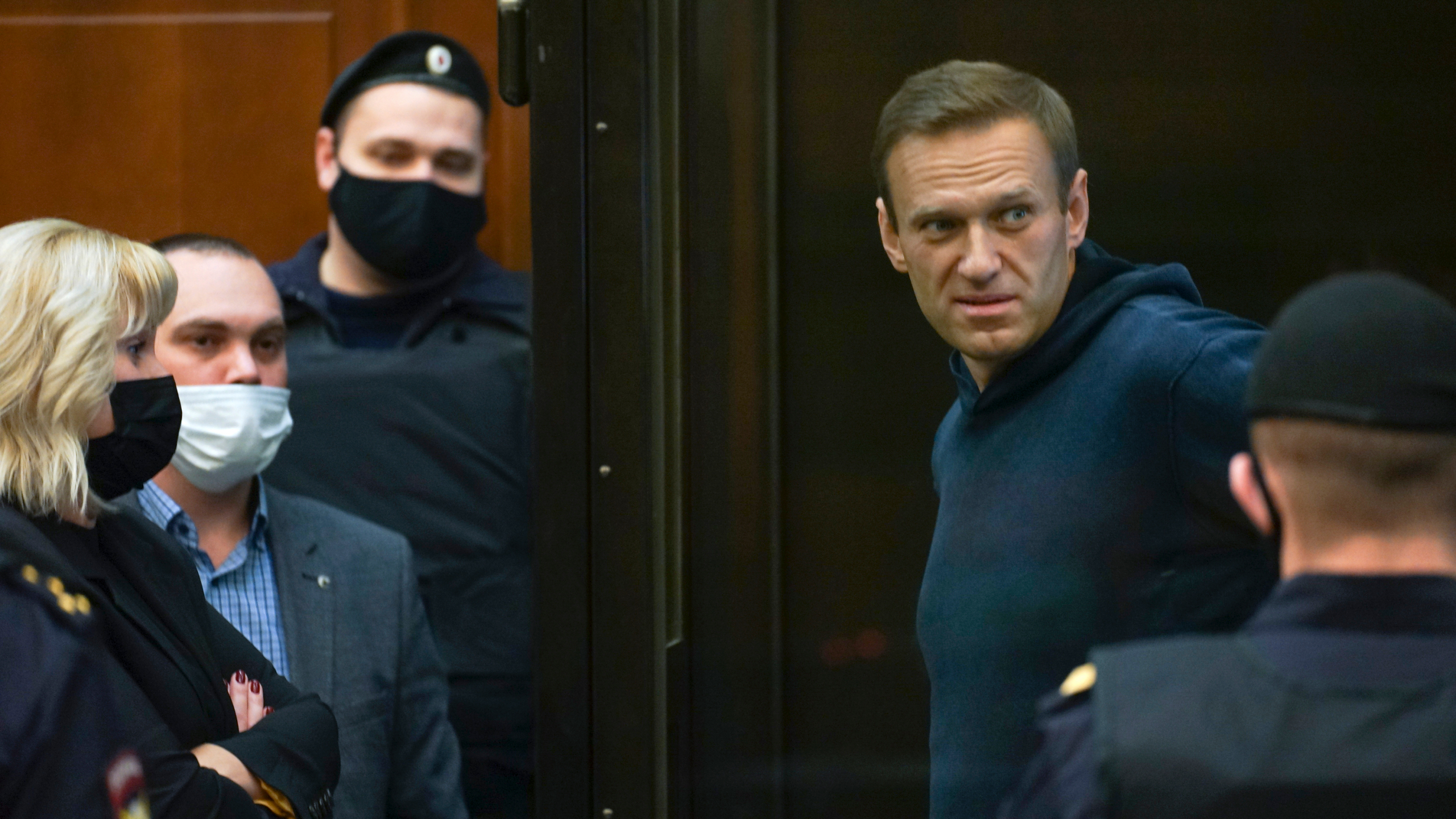 Opposition leader and one of the chief critics of Russian president Vladimir Putin was sentenced to prison Tuesday in a court proceeding that he described as politically motivated.

“They’re imprisoning one person to frighten millions,” Alexei Navalny said. “This isn’t a demonstration of strength, it’s a show of weakness.”

“My life isn’t worth two cents, but I will do everything I can so that the law prevails,” he said.

The conviction came after back-to-back weekends where thousands were arrested during demonstrations calling for Navalny’s release. Several parts of Moscow were cordoned off early Tuesday morning to prevent further protests.

Navalny, 44, was arrested on Jan. 17 when he returned to Moscow after spending five months in Germany recovering from an assassination attempt where he was poisoned with the nerve agent Novichok. Navalny has repeatedly accused Putin of ordering the attempt on his life, however, Putin has denied the charge by saying his security forces would not have failed.

Navalny was sentenced to 3.5 years for violating the terms of a previously suspended sentence that stemmed from a corruption charge that was also seen as politically motivated by the dissident. Prison officials claimed that Navalny violated his bail agreement when he did not check in while recovering in Germany.

During the hearing, Navalny asked the court how he could have updated officials with his whereabouts while comatose.

“Why are you sitting here and telling the court you didn’t know where I was? I fell into a coma, then I was in the ICU, then in rehabilitation. I contacted my lawyer to send you a notice. You had the address, my contact details. What else could I have done to inform you?” he said.

Navalny added that Putin himself had said on Russian TV he had allowed Navalny to travel to Germany to seek medical treatment.

Later Navalny called the hearing a farce and blamed the entire situation on Putin.

“The reason for this is the hatred and fear of one person who is hiding in the bunker. I’ve offended him so deeply by the fact that I’ve survived,” he said.

“He can pretend he is this big politician, the world leader, but now my main offense to him is that he will go down in history as Putin the Poisoner. There was Alexander the Liberator and Yaroslav the Wise, and there will be Vladimir the Poisoner of Underpants,” Navalny added.

The court credited Navalny with about a year of time served so he will instead serve about two years and eight months.

A third round of mass demonstrations is expected to occur this weekend.