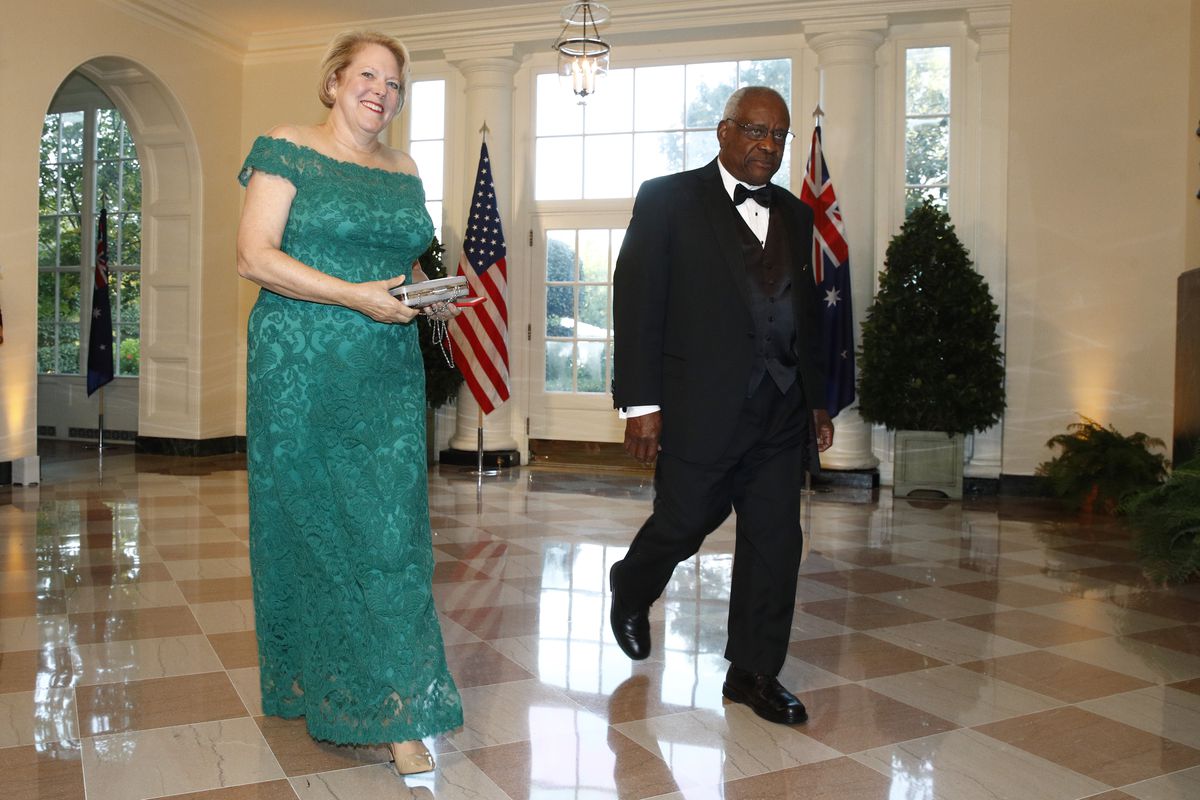 The arch-conservative wife of Supreme Court Justice Clarence Thomas says she’s sorry for allowing her staunchly pro-Trump views to bitterly divide an online group of ex-clerks for her famous hubby.

Ginni Thomas told the email list dubbed Thomas Clerk World that she regretted stirring divisions, apparently with her vocal support for ex-President Trump and his ill-fated effort to overturn the results of the presidential election.

“I owe you all an apology. I have likely imposed on you my lifetime passions,” Ginni Thomas wrote in a message to the private list serv, which was leaked to the Washington Post.

The outspoken right-wing activist sought to play the unlikely role of peacemaker after the list serv erupted in nasty sniping over the violent storming of the Capitol on Jan. 6 in an effort to block President Biden’s election from being certified by Congress.

Even though she herself cheered on the #MAGA crowd that Trump incited to violence, Ginni Thomas urged the ex-clerks to “speak more gently … across the divide.”

“Sometimes the smallest matters can divide loved ones for too long,” Ginni Thomas wrote. “Let’s pledge to not let politics divide THIS family.”

The email list is supposed to be an apolitical and non-controversial forum for swapping accolades and recent achievements of the dozens of former staffers of Clarence Thomas. The conservative justice himself plays little or no role in it.

Some of the ex-clerks vocally backed claims that the election was stolen from Trump. But others, even in what one might expect to be a very conservative group, pushed back, spurring Ginni Thomas to call for a truce.