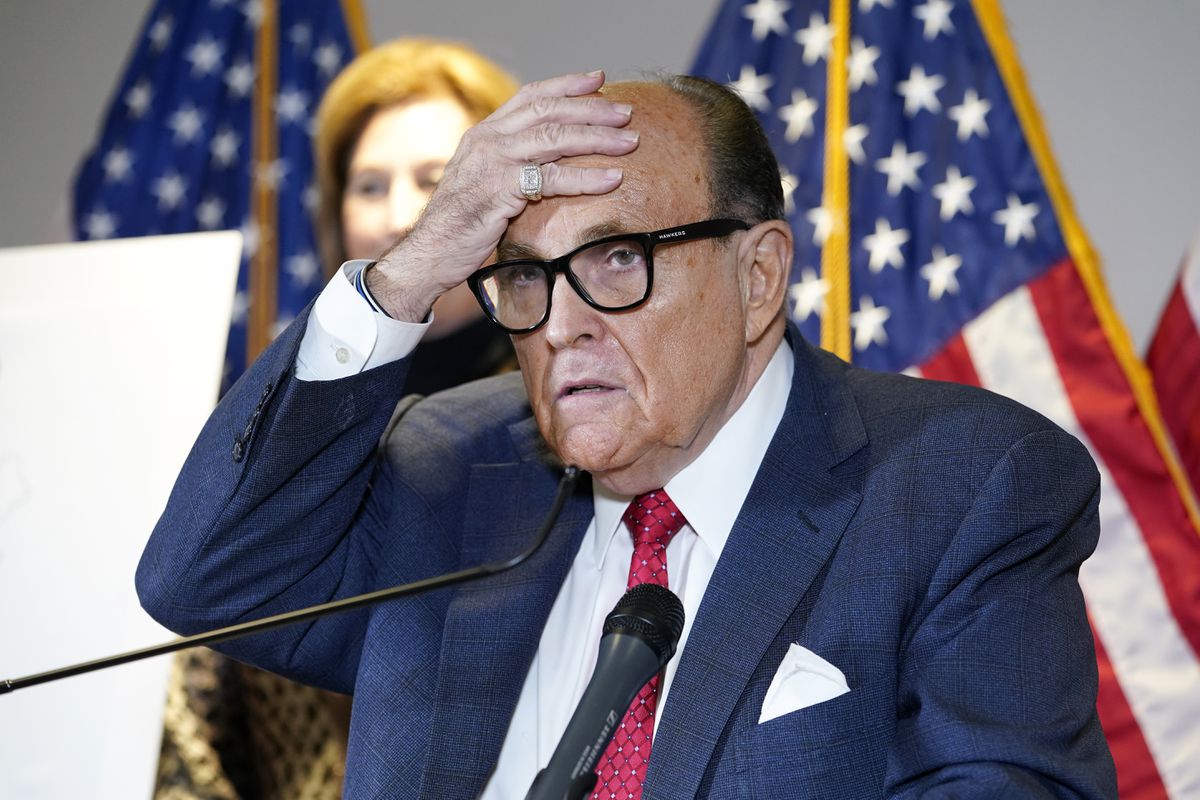 Rudy Giuliani spent a week dodging service of a $1.3 billion lawsuit filed by Dominion Voting Systems after publicly declaring he was ready for the legal fight.

Dominion hired the process servers to hand Giuliani its mammoth 107-page lawsuit after the former mayor ignored requests to simply accept it via email, the source said. The voting machine company claims Giuliani destroyed its reputation by knowingly spreading lies that it helped steal the election for President Biden.

“After not responding to requests to waive service, Mr. Giuliani evaded in-person service of process for nearly a week. It took numerous attempts, at both his home and office, before we were able to successfully serve Mr. Giuliani on February 10. Mr. Giuliani’s repeated false claims about Dominion have been immeasurably damaging; this service of process is one more step forward in our pursuit of justice,” said Tom Clare, an attorney for Dominion.

“Dominion’s defamation lawsuit for $1.3 billion will allow me to investigate their history, finances and practices fully and completely,” Giuliani proclaimed.

A detailed account of efforts to serve Giuliani, which was provided to the Daily News by a source, told a different story. A doorman, knowing process servers were looking for Giuliani, locked the door to the building whenever the former mayor entered the lobby.

On Feb. 7, a pair of process servers and Giuliani got into an awkward standoff during a nasty winter storm. That morning, the doorman to the building waved to a Ford Explorer SUV parked down the street. Giuliani got in the passenger seat and closed the SUV door as a process server lunged forward with a bag full of documents.

“This is not the way it’s supposed to be done. You should have gone to my office,” Giuliani said, according to the account. The lawsuit was lodged between the SUV door.

The doorman got involved, jabbing his umbrella into the SUV door. The driver and doorman pulled the bag of legal documents, allowing Giuliani to close the SUV door. The process server left the bag in front of Giuliani’s building, which the doorman had locked yet again.

“These documents now belong to Giuliani,” the process server declared.

Building staff apparently didn’t agree. The process server saw a maintenance worker throw the bag of legal documents in a trash can on the street. They retrieved the legal documents and continued pursuing Giuliani.

For the next two days, the process server failed to intercept Giuliani at his office or apartment building. Staff at Giuliani’s office ignored messages to set up an appointment to hand off the suit.

At one point, his driver went through a red light while dodging the process server, according to the account. Finally, on Feb. 10, Giuliani’s assistant accepted service on his behalf.

Giuliani did not respond to an inquiry.