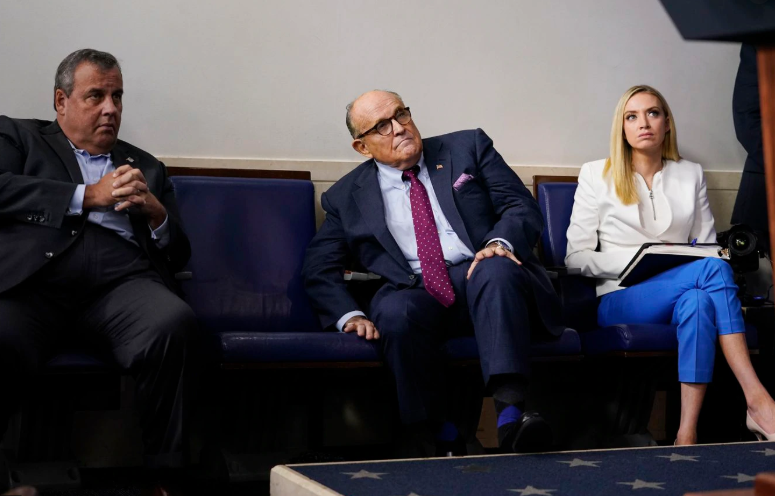 The ex-New York mayor told reporters on Wednesday that he’s taking the anti-malarial drug as a preventative measure against COVID-19 — even though U.S. regulators advise against it over concerns that the medication can cause serious side effects.

Giuliani, 76, stressed that he has tested negative for the virus several times in the past few days, but said his doctor recommended the hydroxychloroquine regimen since he spent considerable time last week with President Trump and others who have since tested positive.

“All negative so far and no symptoms but I am taking hydroxychloroquine and zinc as a prophylactic,” Giuliani said. “A study in Italy showed exceptional results.”

Despite Giuliani’s claim that he’s not experiencing symptoms, a source familiar with the matter told The News that the ex-mayor was openly coughing while having dinner Tuesday night at Amata’s in Midtown.

“He really should be in quarantine,” the source said.

Giuliani did not outright deny the source’s observation.

“I am negative and I don’t think I coughed and I was 20 feet away from anyone and wore my mask when the waiter served me,” he said.

The Food and Drug Administration issued guidance in July advising doctors against prescribing hydroxychloroquine to any COVID-19 patients because the drug had not proven effective in treating or preventing the virus.

The FDA also said the drug could cause “abnormal heart rhythms,” especially in patients with preexisting heart or kidney conditions.

But Giuliani claimed the FDA guidance “was all political.”

Like Giuliani, Trump has pushed hydroxychloroquine as a COVID-19 miracle cure for months.

Nonetheless, the president’s medical team did not prescribe the anti-malarial drug during his hospitalization at Walter Reed Medical Center this past weekend.

Giuliani traveled with Trump onboard Air Force One last week for his first debate against Joe Biden in Cleveland.

Hope Hicks, Chris Christie, Kayleigh McEnany, Stephen Miller and dozens of other White House staffers and associates of the president, have also tested positive for COVID-19.

Giuliani told The News that he doesn’t believe he’s totally out of the woods yet.