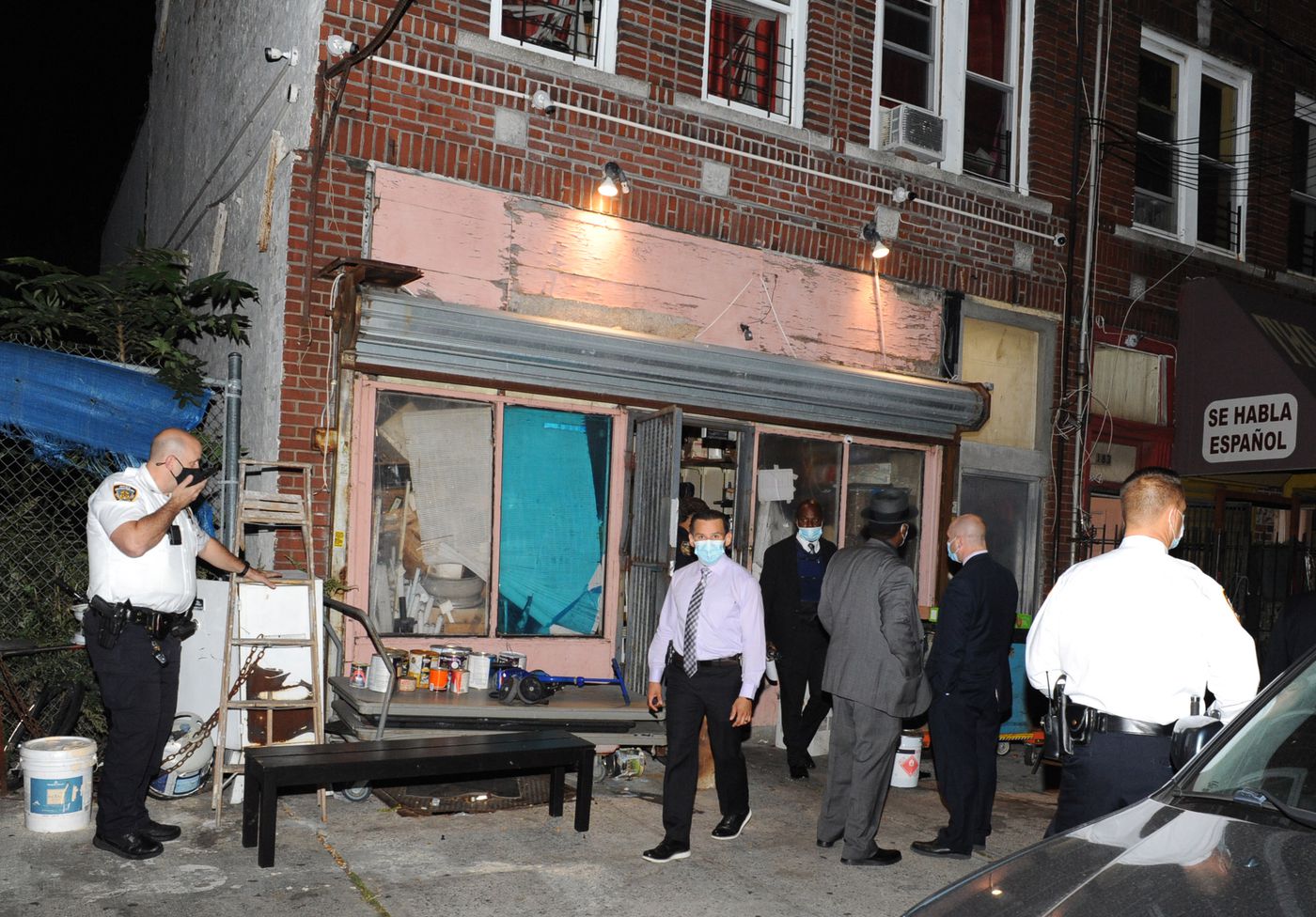 The bloody scene unfolded in the back of a thrift shop on Hegeman Ave. near Osborn St. in Brownsville about 10:40 p.m. Wednesday, officials said.

The killer ran off and has not been caught.

Medics rushed one victim, shot in the chest, to Brookdale University Hospital, where he died, authorities said. Cops were working to determine his identity.

A 44-year-old man blasted in the arm was taken to the same hospital in stable condition.

A 31-year-old male shot in the leg and a 32-year-old man wounded in the shoulder were taken to Kings County Hospital in stable condition, cops said.

Police were trying to determine if the gunman was a robber or a disgruntled gambler, sources said.