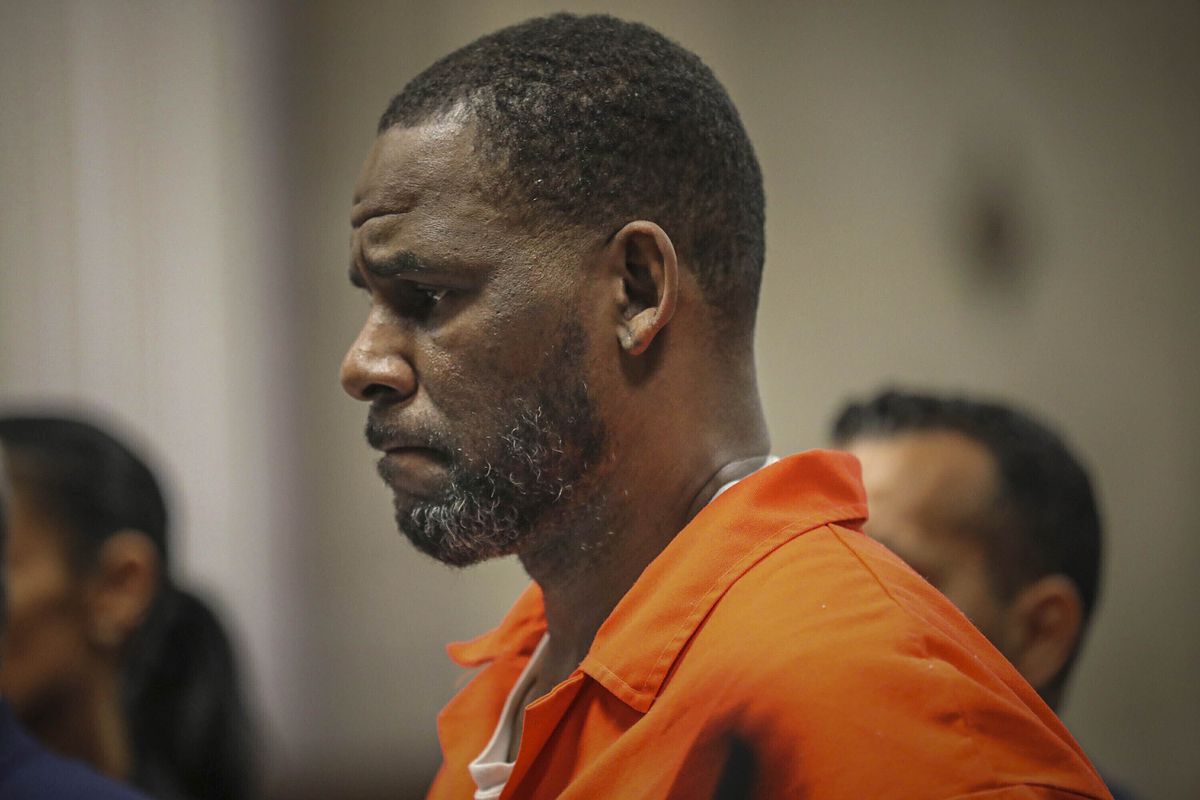 The witness, who identified herself on the stand in Brooklyn Federal Court using the pseudonym Jane, first met Kelly at the Dolphin Hotel in Orlando just days after getting his attention at an April 2015 concert.

The underage victim hoped to get advice on how to make it in the music industry, but Kelly instead forced her to get naked and strut before performing a sex act on her, she testified.

While the two were alone in the room, two Florida police officers knocked at the door. Kelly yelled at Jane to get dressed in the bathroom, she said.

The officers were looking for Jane in response to a 911 call from her parents, who contacted authorities after being unable to reach her. Kelly had made her turn off her phone because he feared being recorded, she testified.

The officers looked at the girl’s drivers license, which noted her age, but did not ask any questions about sex.

“They said if he [Kelly] was ever in Orlando and needed security to let them know,” the alleged victim, who is now 23, testified.

The victim’s testimony comes during the second week of Kelly’s sex abuse trial. Robert Sylvester Kelly, 54, is accused of trafficking women and girls for illegal sexual activity. He is also accused of knowingly giving herpes to some of his victims, which is a crime in some states.

After her initial meeting with Kelly in Orlando, Jane began traveling the country to attend R. Kelly shows on the singer’s dime, she testified. She hoped he would jumpstart her own singing career.

But Kelly was much more focused on sex, she testified.

R. Kelly began introducing rules into the high school junior’s life, instructing her to wear “loose and baggy” clothing and call him “Daddy,” she testified.

When the victim revealed that she had been texting a friend, the singer exploded in rage, she testified.

“Are you ready to be honest?” Kelly allegedly asked her as he punched and slapped the 17-year-old. “He hit me all over.”

Then, she testified, the 6-foot Kelly beat her with his Air Force 1 shoe.

“I finally broke,” said the victim, who stands just under 5 feet.

The witness said she observed other beatings that Kelly delivered to his live-in girlfriends, including spankings, slaps and punches. The “Sex Me” singer would also “drag them by their hair” and hit them with objects like shoes and cords, she testified.

She said that Kelly spanked her so hard that her skin tore.

But when she saw the violence against other girls and women, it only cemented her obedience to Kelly.

“I felt like I needed to listen even more because that could happen to me,” she said.

In one horrifying example of Kelly’s punishment for breaking his rules, he forced the girl to film herself smearing feces on her face and mouth in the bathroom of one of his Chicago studios, she testified.

Jane also recounted how Kelly infected her with herpes shortly after they met.

Less than a month into knowing Kelly, the two had sexual intercourse for the first time. The singer did not mention that he had previously been diagnosed with herpes.

“I felt this man had purposely given me something he knew he had… He was agitated and said I could have gotten that from anyone,” she recalled, even though she had never had sex with anyone else.

Kelly had a heartless response to her constant herpes outbreaks after sex.

“I think your p—y is broken,” she recalled him saying.

She confessed her true age to Kelly in Chicago’s Lincoln Park, telling him she was 17.

“He slapped me in my face with an open palm… He had never hit me ever before,” she testified.

But Kelly’s anger quickly faded and he told her he would speak to his attorneys about the situation.