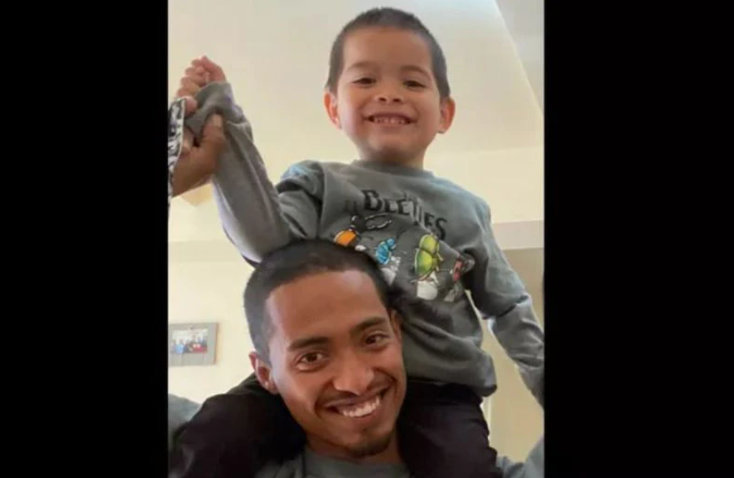 The death of a Queens straphanger in a bizarre subway turnstile accident left his stunned family remembering a free-spirited man who adored his 4-year-old son.

Relatives of victim Christopher De La Cruz, 28, were still reeling three days after the fatal Sunday morning accident where he was fatally injured while jumping the turnstile at the Forest Hills-71st Ave. subway station.

“For us, the shock is really here,” said brother Brian as the family planned for his sibling’s funeral. “There’s never really words to describe the loss, especially as his brother. There’s nobody to replace him or his love of his son. It really seemed like things were looking up and unfortunately this happened.”

Cops said the victim, wearing a backpack, was drinking before his repeated attempts to get into the station without paying ended in tragedy.

Brian De La Cruz, in a posting on a GoFundMe page to raise funds for his brother’s funeral and to create a college fund for his nephew, recalled how father and son were always a dynamic duo.

“If there was one thing in this world that my brother wanted to be remembered for, it was his love for his son … who meant the world to him,” wrote Brian. “Anyone who has ever spoken to Chris, for even a brief moment, has probably seen my nephew’s face or heard about the love my brother had for him.”

A photo posted by family members showed father and son riding a merry-go-round,

An autopsy by the city Medical Examiner determined the accidental death was caused by blunt impact injury of head and neck. De La Cruz was found unconscious around 6:45 a.m. as he headed to work after the last of a dozen attempts to get over the turnstile.

The victim was pronounced dead at the scene.

His heartbroken father recalled De La Cruz as a nice guy and good father, sentiments echoed by his sibling.

“Chris was a vibrant, loving, free-spirited character,” said Brian De La Cruz. “He was a son, a father, a friend, and my brother. In the wake of his death, I have been reminded why I have been so lucky to have been his brother.”

The mother of De La Cruz’s son offered her own recollections of De La Cruz in a lengthy social media post about their son’s dad.

“The light you shined was beyond this world,” she wrote. “Your contagious laughter, your whole aura radiated love to its core. The purest of souls, because you would always share whatever you had, even like splitting the last slice in half.

“Your son will always know of your name, your love & all the love you ever gave him & will continue to give him from beyond this dimension. I love you.”