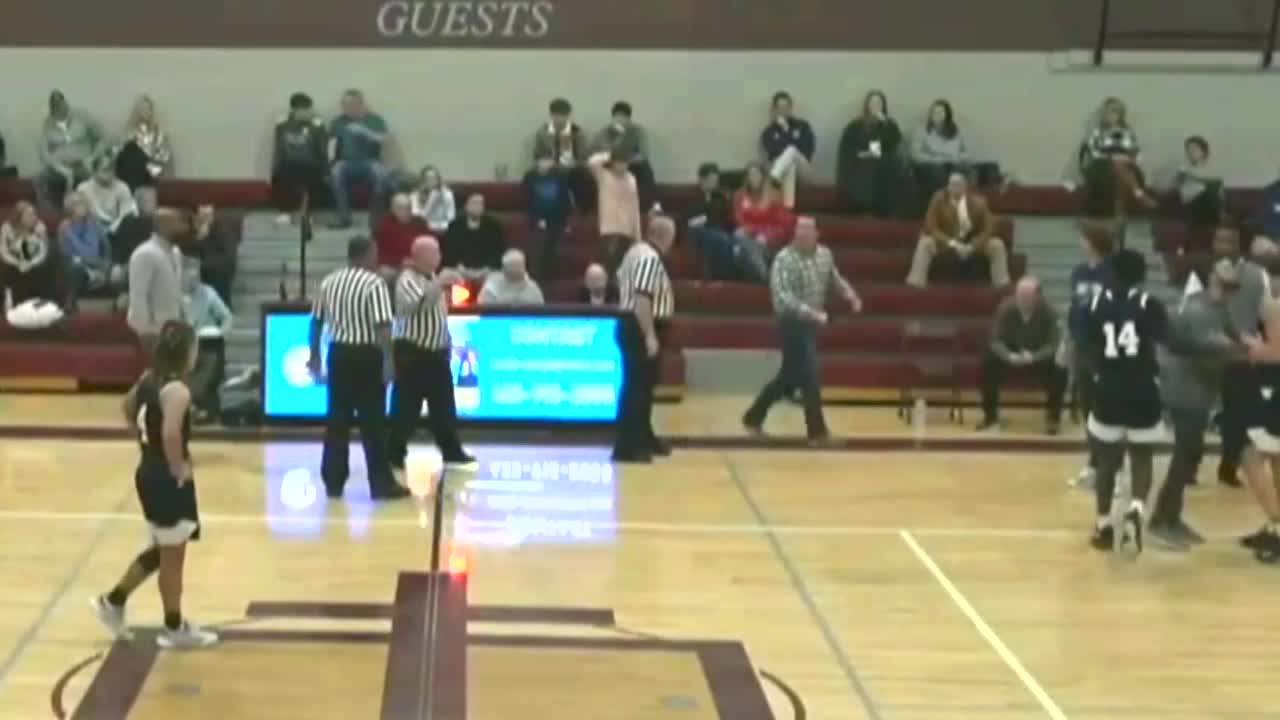 The boys weren’t the ones acting childish.

A Tennessee state representative was ejected from a high school boys basketball game for trying to pull down an official’s pants Tuesday night.

Rep. Jeremy Faison, 45, was watching his son play when he got upset with a call. He stormed onto the court and argued with the ref, then grabbed the man’s pant leg, as shown in a video shared by the Tennessee Holler. The ref’s pants stayed tight around his waist. (The pants tug happens around the 0:20 mark)

WATCH: REP. FAISON TOSSED FROM HIGH SCHOOL HOOPS GAME AFTER THREATENING TO FIGHT REF (and appearing to try to pull his pants off 😳) @JeremyFaison4TN is the @tnhousegop caucus CHAIR, 3rd ranking Republican in the Tennessee House. pic.twitter.com/PAqDXfKADA

The ref wanted to call the cops, but Faison was ejected and left without further incident, the Nashville Tennessean reported. Faison represents Tennessee’s 11th District, in the northeast part of the state, and has been the House Republican Caucus chair since 2019.

“I acted the fool tonight and lost my temper on a ref. I was wanting him to fight me. Totally lost my junk and got booted from the gym,” Faison wrote Tuesday night in a social media statement. “I hope to find the ref and ask for his forgiveness. I was bad wrong.”

Faison previously made national headlines when he led a Republican effort in the Tennessee statehouse to block a measure that would’ve honored openly gay country singer T.J. Osborne. Faison was also part of the online uprising that stopped the University of Tennessee from hiring Greg Schiano as its head football coach in 2017.