Queens strip club was full of racism and bullying 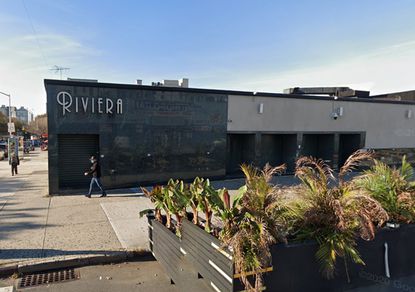 The floor manager of a Queens strip club says he was dressed down by the jiggle joint’s allegedly racist owner and threatened by a waitress’s boyfriend during an unsuccessful effort to stop rampant drug use and sex.

Mohamed Regragui, 49, says in an Equal Employment Opportunity Complaint that he routinely endured Islamophobic remarks from his boss at the Riviera Gentleman’s Club until he was fired after just six months on New Year’s Day.

“You’re the dumbest, stupidest manager that I ever worked with,” Athanasios Stagias, a co-owner of the strip club, allegedly said in a June 15, 2020 rant.

Stagias used racist and homophobic terms to refer to Regragui, who is Muslim, calling him a “dirty Muslim,” a “sand n—-r,” a “filthy Arab,” a “pretty boy” and “gay,” according to the complaint received by the EEOC on Sept. 9.

“All of you dirty Muslims are f—–g idiots and stupid,” Stagias allegedly said.

But Regragui says the owner wasn’t the only one who frequently berated him. Strippers, bartenders, waitresses and other managers also insulted Regragui, the complaint states.

In one shocking instance, Regragui says he walked in on a dancer at the club engaged in a sex act with a customer. When he told her to stop she refused, saying that the owner was aware, according to the complaint.

“What the f–k are you doing back there… You are a stupid f–k idiot, get the f–k out of my face,” he said, according to the complaint.

Another time, a waitress annoyed by Regragui got her boyfriend to tell him to back off, the complaint claims.

“You should be very careful. You may be safe inside the club but not outside, a lot of bad things can happen,” the boyfriend said, according to the complaint.

The owner was also uninterested in Regragui’s claims of rampant weed and cocaine sales inside of the strip club.

“You’re f–king crazy man. Why do you give me such animosity? Bro leave me the f–k alone you moron,” Stagias allegedly replied.

“The allegations contained in the complaint are baseless and untrue,” said Barry Zone, an attorney for the strip club.

This not the first time Riviera has faced legal trouble. One exotic dancer reached a confidential settlement with the strip joint in 2014 over unpaid wages.