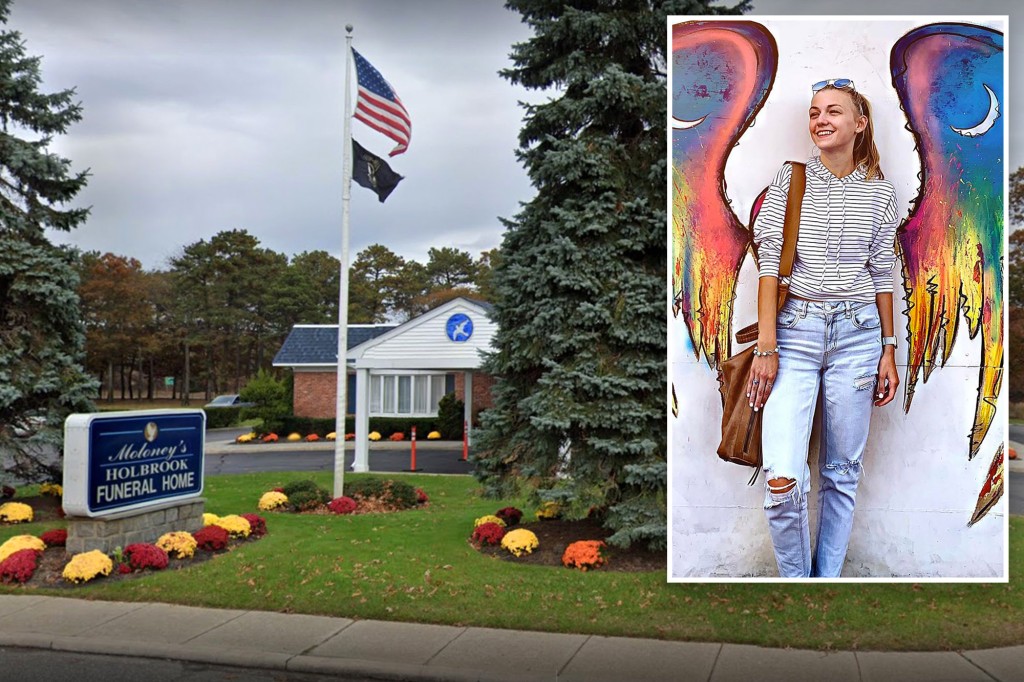 Funeral services for Gabby Petito will be held Sunday afternoon on Long Island, closing another chapter in a mysterious case that has sparked nationwide attention and a massive manhunt for her fiancé.

The visitation, which will be open to the public, is set to take place at Moloney’s Funeral Home in Holbrook from noon to 5 p.m., her father and the family’s attorney announced Friday. In lieu of flowers, the family has asked for donations to the future Gabby Petito Foundation.

The 22-year-old Blue Point woman was found dead in a Wyoming national park last weekend following a frantic search across multiple states. She had been on a cross-country trip with fiancé Brian Laundrie when she disappeared.

Medical examiners have since ruled her death a homicide while Laundrie’s possible involvement remains under investigation. The elusive Florida man, who is a considered a “person of interest” in the case, went missing last week without ever answering any questions about his girlfriend’s disappearance and death.

Federal prosecutors on Thursday charged him with debit card fraud, a felony, for allegedly spending or withdrawing more than $1,000 using a Capital One card without authorization after Petito went missing. Authorities have not said whether the card belonged to the victim.

Petito’s family last heard from her on Aug. 23 while she and Laundrie were visiting Wyoming’s Grand Teton National Park. Her 23-year-old partner returned home by himself on Sept. 1, but he never reported Petito’s disappearance. Her parents did so on Sept. 11.

Laundrie immediately hired a lawyer and refused to cooperate with the investigation. Now he’s the one police are searching for after he left his phone and wallet behind and went missing on Sept. 14.

His car was found in Florida’s Carlton Reserve Park, not far from his North Port home, but authorities believe he could be anywhere in the country or even abroad. A TikTok user reported seeing a man who looked like Laundrie Monday in Toronto.

A memorial for Petito was planned for Saturday in North Port, where she once lived with Laundrie. The event was set to feature the lighting of candles and the release of a single butterfly.