QAnon Shaman gets 3 1/2 years in prison for storming the Capitol on Jan. 6 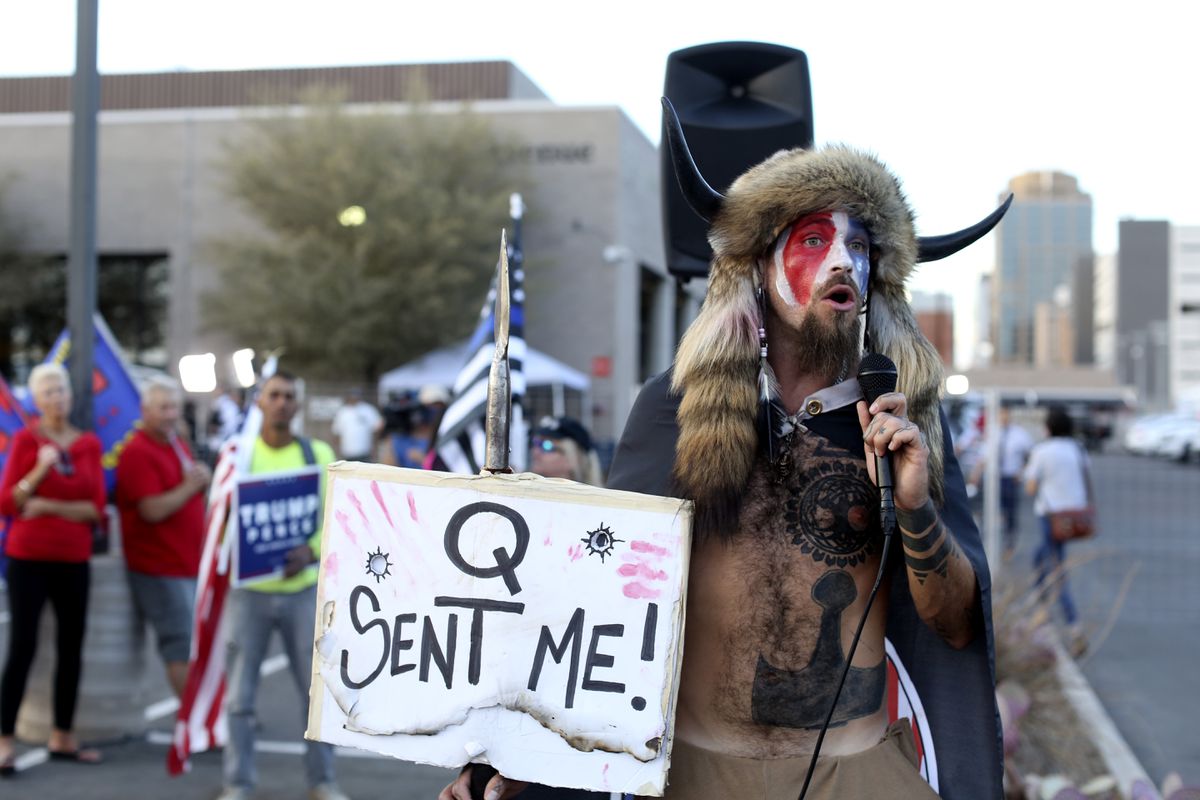 A right-wing extremist known as the QAnon Shaman was sentenced to 41 months in prison Wednesday for storming the U.S. Capitol on Jan. 6 in a horned headdress.

Jacob Chansley, the conspiracy theorist who brandished a 12-foot spear and left a threatening note for Vice President Mike Pence, will stew behind bars for three years and five months — the most severe sentence meted out so far for the insurrection.

“What you did was terrible. You made yourself the epitome of the riot,” U.S. District Court Judge Royce Lamberth told Chansley before imposing sentence in Washington.

Prosecutors described Chansley as “the flag-bearer” of the Jan. 6 insurrection. The government had asked Lamberth, who was appointed by Ronald Reagan, to impose a 51-month sentence.

Chansley pleaded guilty to a felony count of obstructing an official proceeding before Congress. During the riot, he took a seat in the Senate chamber that had just been occupied by Pence. Chansley left a note on the dais reading “It’s Only A Matter of Time. Justice Is Coming!”

Chansley, 31, pleaded for mercy before being sentenced and expressed remorse for his role in the attack, which he said was inspired by former President Trump.

The Arizona military veteran compared himself to Jesus Christ and Mahatma Gandhi in a rambling statement.

Lamberth appeared to take Chansley seriously. The judge even compared the self-serving statement by a man who marauded shirtless through the Capitol spewing obscenities to “the kind (of remarks) that Martin Luther King would say.”

The tough sentence is somewhat surprising because it is longer than the sentence also handed down by Lamberth to another Capitol rioter who attacked a cop, unlike Chansley.

It could set a precedent for stiffer sentences for other Capitol rioters accused of nonviolent offenses during the bloody attack.