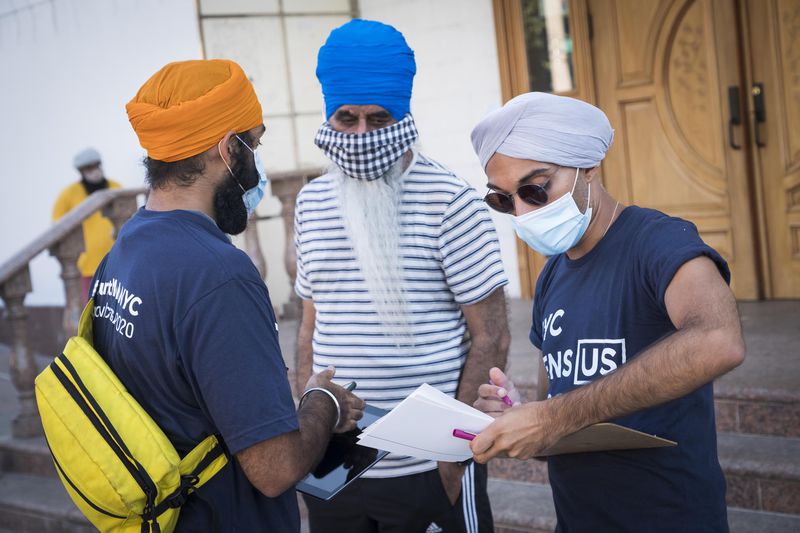 President Trump’s order that undocumented immigrants not be considered in the census process is deterring New Yorkers from filling out the forms, an attorney in State Attorney General Letitia James’s office said Wednesday.

“The presidential memorandum has penetrated immigrant communities,” said Matthew Colangelo, an attorney for the AG.

He added that some immigrants “determined they cannot trust the federal government with their responses. If they’re going to be excluded, there’s no point participating in follow-up operations.”

James’s office is part of a coalition of states and advocates that sued over Trump’s latest meddling in the census process. Trump’s effort to add a citizenship question to the census was rejected by the Supreme Court in June 2019.

The presidential memo, Manhattan Federal Judge Jesse Furman said in a telephonic hearing, does not order undocumented immigrants be excluded from the census count. Rather, it orders that undocumented people be excluded from apportionment, the constitutional process in which seats in the U.S. House of Representatives are divvied among the states.

The State AG and advocates are asking Furman to rule the presidential memorandum is invalid. He’ll have to decide quickly: the Census Bureau announced Monday it would conclude its counting efforts a month early, on Sept. 30.

Assistant U.S. Attorney Allison Rovner questioned the need for the legal fight, given that the census will soon conclude.