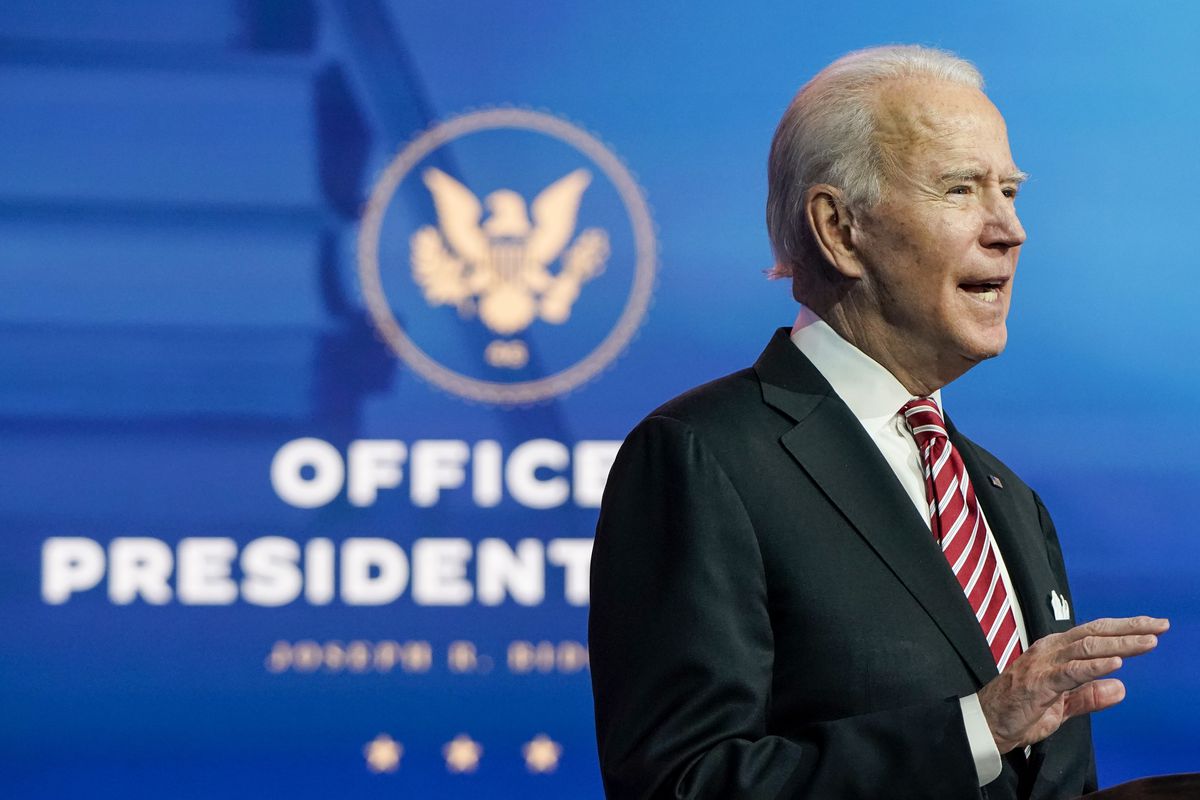 Exhale, America. Wait until today at noon, that is, when Joseph Robinette Biden Jr. repeats the oath to preserve, protect and defend the Constitution of the United States — an oath of which Donald Trump has made a mockery — and then join in the collective relief that the nation once again has an actual adult atop the machinery of the federal government. The presence of such an adult, who doesn’t lie and stoke divisions and curry favor with dictators and pursue vindictive vendettas even as he breathes, is the least the United States needs at this hinge of history. But it alone is insufficient to meet the challenges of the moment.

Even as he seeks to unify and end what he calls the grim era of demonization, Biden must lead a shaken people out of an accelerating pandemic that has taken 400,000 lives, speeding the distribution of vaccines to millions. He must stabilize a reeling economy, not just with emergency aid to contain COVID but by finally honoring the broken Trump promise to invest in American infrastructure. And in issue area after issue area, his job is to restore some semblance of sanity to a government that has been hijacked by the personal pique of his predecessor; even in a Washington with full Democratic control of Congress, this will mean brokering intelligent consensus, not, as some imagine, checking box after box on a progressive wish list.

And all the while, his administration has no choice but to glance over its shoulder, at least now and then, at the carnival barker turned president turned carnival barker spouting to his 74 million voters the lie that he decisively won an election he decisively lost. Donald Trump may never get back on Twitter or Facebook, but he and the forces he unleashed will haunt the republic for the foreseeable future. Accountability is imperative.

Building for the future

The Biden administration’s initial priorities involve completing the basic, taken-for-granted steps necessary to respond to the current national emergency — administering 100 million shots of vaccine in the first 100 days, streamlining vaccine distribution and implementing more uniform federal policy for handling the virus. It will be the first real federal policy for managing the COVID epidemic, following the Trump administration’s disastrous approach of leaving states and cities to fend for themselves. All that will take billions of dollars, approved swiftly by a Democratic Congress in an emergency package that must also aid states and localities, including hardest-hit New York.

Gaining control of the COVID crisis is paramount, but Biden has laid out an extensive 10-day agenda that would be challenging for any new president, even in less difficult circumstances. He’s planned dozens of executive orders — many reversing policies implemented under Trump, like rejoining the Paris Climate Accords and the World Health Organization and ending a travel ban that primarily targeted countries with majority Muslim populations — and, for good measure, will introduce a $1.9 trillion relief package and comprehensive immigration reform legislation creating an eight-year pathway to citizenship for undocumented immigrants and border enforcement via drone, not wall.

If, leveraging his longtime relationship with Minority Leader Mitch McConnell while holding together Democrats who now narrowly control the Senate and House, he can manage all that within 100 days, he will have made great progress in undoing the damage done by his predecessor. McConnell, who once focused all his political capital to try to make Barack Obama a one-term president, has a fateful choice: obstruct or play ball with new Majority Leader Chuck Schumer. So do the restive progressives on the far left of Nancy Pelosi’s House Democratic caucus.

Reckoning with the past

The achievement will be all the more impressive if in those first few months, the Senate can try one Donald John Trump for high crimes and misdemeanors, hopefully convicting him with the concurrence of at least 17 stout-hearted Republicans and then more easily disqualifying him with a simple majority vote from future office.

Those senators, all of them, saw The New Yorker video of the bare-chested, fur-wearing, horned barbarians carrying spears who occupied their chamber, “the sacredest place” in the words of a lone, outnumbered Capitol police officer, as they pretended to set up their own government. While no senators nor House members were hanged and Mike Pence escaped the clutches of the marauders, the man who summoned the horde from the sewers and dark corners of America and who led the charge up Capitol Hill must face judgment.

Trump had to end this way. To his amoral, ahistorical attitude that only No. 1 mattered, any concepts of fair play and decency and graciousness mean nothing. His prediction was correct that he would either win a free election or lose a rigged one. He lost, therefore it was stolen. And so then he had to fight like hell, or at least get others to fight like hell on his behalf — and kill and be killed — while he took it in, the arsonist warming his hands by the flames of the fire he started.

His farewell video, playing at courtesy, didn’t mention Biden. How could it? To Trump, Biden stole the White House; no wonder the last president, in the final insult, won’t even attend today’s inauguration. But we can at least be grateful that he is leaving, preventing either a squatter in the Oval Office or a forced eviction. Ah, the small victories in the Age of Trump.

Tragically, the age will not end at noon today when his executive powers vanish. Trump continues, as does Trumpism, as do Trumpists. Not all 74 million of them: many, we hope most, accept his loss and accept Biden as the rightful and legitimate holder of the presidency. From the destruction and death of his failed putsch, we pray that the sensibilities of millions of Americans will turn them away from the Trump Show. Integrating them — and those true believers — back into civil society will be Biden’s hardest challenge, making beating COVID and the economic doldrums look easy.