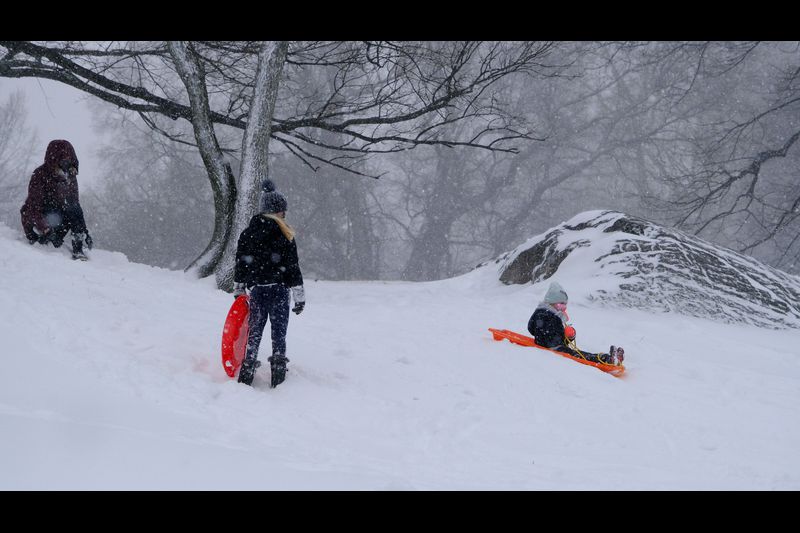 Outdoor subway service throughout New York City will be suspended starting at 2 p.m. and commuter lines will shut down later this afternoon as a powerful winter storm slams the city, Gov. Cuomo and transit officials announced Monday.

Interim NYC Transit president Sarah Feinberg said announcements will be made throughout the system to alert riders about the closure and officials will weigh whether to make any changes to underground lines.

“Underground service will continue but we could stop that if we have to but there are no plans for that at this time,” Feinberg said during a noon press conference held at the governor’s Midtown office.

Additionally, Long Island Rail Road and Metro-North rail service will end early Monday afternoon due to the snowstorm, with trains in and out of Penn Station and Grand Central stopping around 3 p.m.

City buses will continue to run, but are “subject to suspension depending on the weather,” the governor said.

Cuomo, who drove himself to the city from Albany, declared a state of emergency for 44 counties, the bulk of the state. The worst of the weather is expected to pound the five boroughs, Long Island and the Hudson Valley.

Forecasters warn that the Big Apple could be buried under as much as 22 inches of snow, the largest accumulation totals to hit the city since 2016.

Cuomo said the storm is “only going to get worse.”

“Snowplows cannot keep up with two inches per hour,” he said. “We’re looking at a long two days here,’ he added, urging New York residents to stay inside. ‘If you are not an essential worker you should not be on the roads during the state of emergency.

“Assume road closures, assume rail closings,” he added. “Assume the worst with this kind of storm.”