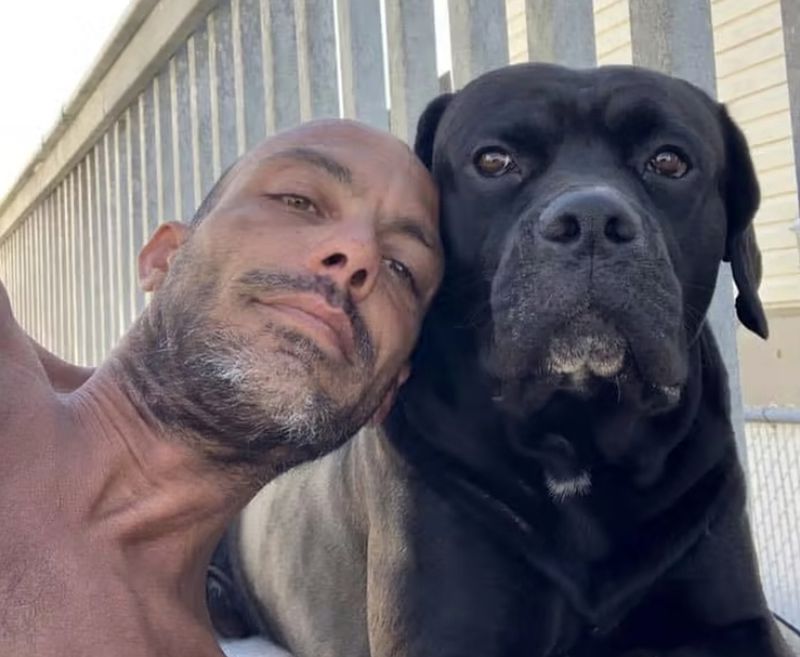 The grieving fiancee of a medical worker killed in a crash on a Brooklyn parkway is desperately searching for the couple’s beloved dog — who is believed to have run off in the aftermath of the wreck.

Michael March was speeding west on the Belt Parkway Saturday morning with his beloved 2-year-old dog Shadow in tow when he lost control navigating a curve in the road, authorities said.

He crashed his Nissan Skyline near Flatbush Ave. in Marine Park as he approached the bridge for Gerritsen Inlet about 10:10 a.m.

“He didn’t go anywhere unless he could bring the dog,” the victim’s devastated fiancee Marie Fasano told the Daily News. “This is such a nightmare, all of it.”

The couple planned to wed on May 13 — on what would have been March’s 43rd birthday.

As minutes turned to hours, Fasano grew worried about what was taking her fiance so long at the store.

“He never doesn’t answer my calls and I just kept calling,” she said. “Then I pinged his GPS and it said his car was in some lot in JFK, and I was getting more nervous.”

“His mom and stepdad called me. I ran to the hospital, and that was it.”

Initially conscious and alert and believed to be in stable condition, March was rushed to NYU Langone Hospital-Brooklyn, where he died two hours later, officials said.

The couple’s dog Shadow was not at the scene when medics removed March from the vehicle.

With a state of emergency in effect and an unrelenting nor’easter expected to dump up to 24 inches of snow on the five boroughs, Fasano was desperate to find the missing dog Monday.

“I called the ASPCA and local shelters,” she said. “I’ve just been checking for the dogs coming in.”

Animal rescue services were searching for Shadow late Sunday and spreading the word online. Local NYPD precincts have been alerted to the situation and are on the lookout, Fasano said.

March was a surgical tech at Brook Plaza Ambulatory Surgical Center, where he toiled throughout the pandemic as a frontline worker. Fasano also worked shifts there in addition to her regular job as an ultrasound tech.

After developing a close friendship working together, March and Fasano eventually fell in love.

“We just became friends, stayed friends for 10 years,” she said through tears. “Then we started dating and that was it — we were inseparable.”

Unable to remember their exact anniversary, the couple picked April 1 as the date.

“We knew it was somewhere around there,” Fasano said. “We said we’ll pick April Fools Day because we won’t forget.”

March adored and doted upon Fasano’s two daughters. The family lived together in a house the hard-working couple bought in Gerritsen Beach.

Fasano described March as innately kind-hearted and considerate of all the world’s creatures.

“He was such a good-hearted person,” she said. “Lots of energy, always running around, fishing. He loved to fish. He wouldn’t keep them because he felt bad, so he would throw them back.”

Anyone with any information about Shadow’s whereabouts is asked to call the 63rd Precinct in Flatlands at (718) 258-4411.