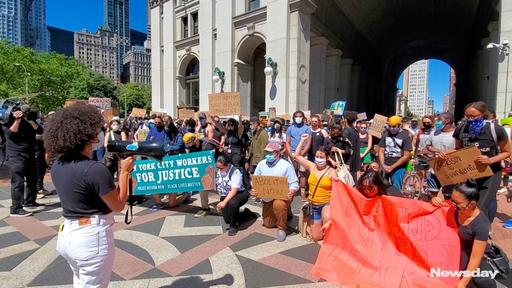 A criminal complaint filed Thursday in linked a 28-year-old possible suspect in the murder of rising Brooklyn rapper Nick Blixky.

Law enforcement sources say Caliph Glean was arrested in Philadelphia and he has been charged with illegally possessing ammunition. He’s expected to appear in federal court Friday, a spokesman for the Brooklyn U.S. Attorney’s office said.

Blixky, whose real name was Nickalaus Thompson, was shot to death on Winthrop Street in Prospect Lefferts Gardens on May 10.

The criminal complaint cited witness testimony, reviews by the NYPD of surveillance video taken at the location of the murder, and other evidence that linked Glean to Blixky’s murder.

Glean was previously convicted of attempted murder in February of 2017. He was paroled in 2019.