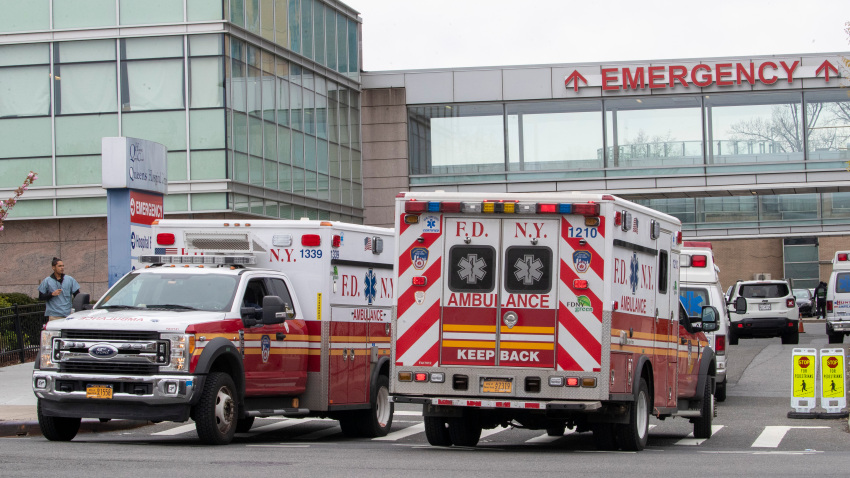 Four New York City ambulance workers who gave media interviews about their work on the front lines of the coronavirus pandemic sued the city on Thursday, saying they were punished for speaking out.

The plaintiffs include paramedic Elizabeth Bonilla, who said she was barred from patient care, overtime work and even wearing her uniform after the Associated Press followed her through the first half of a grueling 16-hour double shift in April. Two other paramedics said they were placed on restricted duty after talking to the media.

Another plaintiff, emergency medical technician John Rugen, said the fire department suspended him without pay for a month for giving a television interview on a day off in April.

All four plaintiffs said the punishments were imposed without warning or an opportunity to fight them and the disciplinary measures violated their free speech rights.

The city confirmed the punishments.

A spokesperson for the city’s law department, Nicholas Paolucci, said the fire department respects employees First Amendment rights, but that those rights “must be carefully balanced to respect the privacy rights granted under the law to patients receiving emergency medical care.”

Some of the media reports showed glimpses of patients receiving care.

The lawsuit seeks damages including lost wages and an injunction to prevent the fire department from punishing workers who speak out in the future.

Bonilla, Rugen and paramedics Alexander Nunez and Megan Pfeiffer filed the federal lawsuit through their union, which disputed the fire department’s contention that their interviews violated patient privacy.

None of the workers disclosed confidential patient information or said anything to harm the internal workings of the fire department, union president Oren Barzilay said.

Barzilay, the president of FDNY EMS Local 2507, suggested the fire department was retaliating against workers for speaking out about inadequate supplies of personal protective equipment and the risks they faced being on the front lines of the pandemic. At least six members of the union have died of coronavirus.

“We had the right – and the responsibility – to raise our voices and tell the public about the serious threat of this insidious virus to the health and safety of all New Yorkers,” Barzilay said in a statement. “That the FDNY responded with vengeance by retaliating against our members for exercising their First Amendment rights is an absolute outrage.”