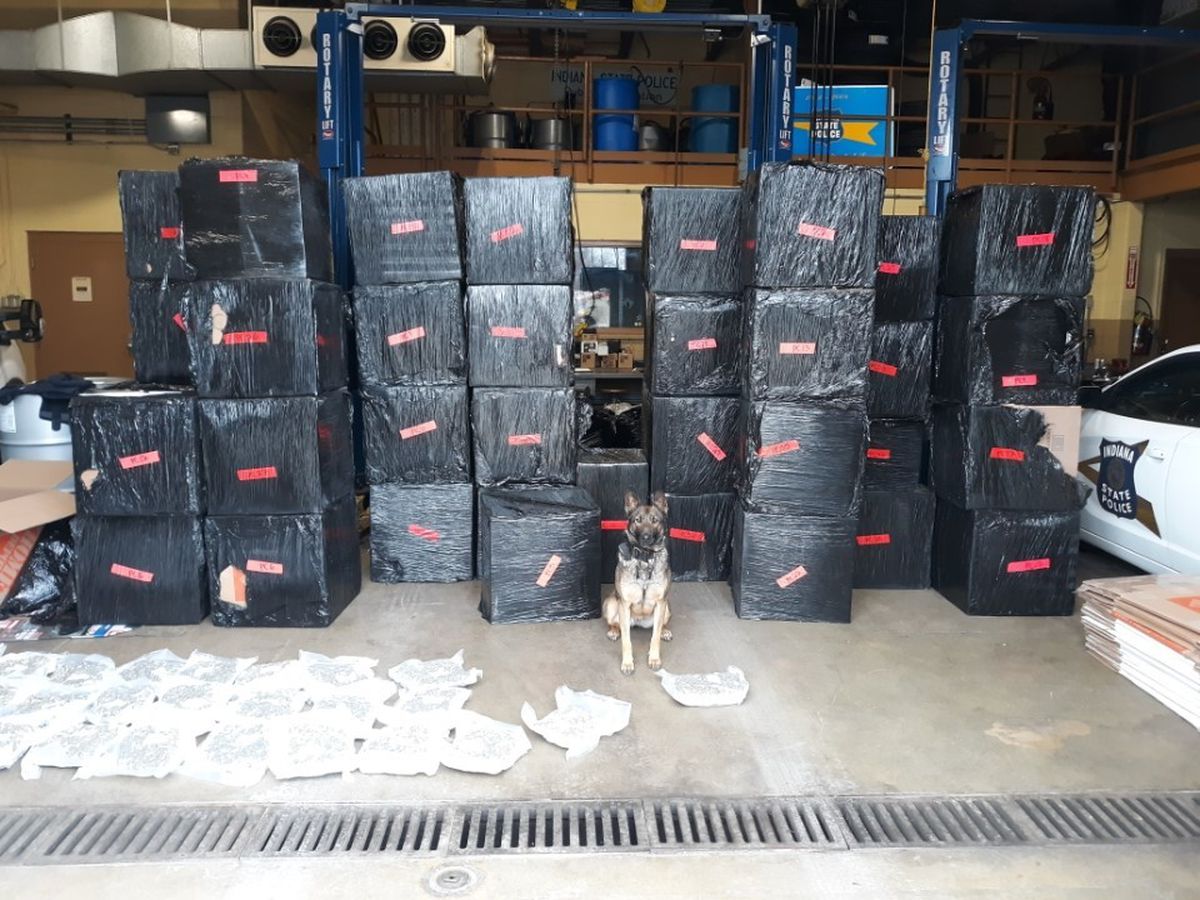 The Indiana State Police seized a half-ton of marijuana worth $8 million after an alert patrol dog picked up the drugs’ scent during a traffic stop.

The incident occurred Tuesday afternoon when a trooper searched a van after stopping it for a moving violation outside Lowell, in northwest Indiana.

“During that search, troopers discovered 38 large boxes and 6 black garbage bags,” said the Indiana State Police. “The boxes were wrapped in black plastic wrap. Inside the boxes contained a total of 1,264 individually sealed bags, each weighing approximately 1.5 lbs., and contained a green plant material. A field test of the content revealed it to be marijuana.”

The driver, 31-year-old Christopher S. Colburn, was arrested at the scene.

A photo of the seizure showed a white van filled with black garbage bags.

Colburn has been preliminarily charged with Dealing Marijuana- Level 5 Felony and Possession of Marijuana with Prior Conviction- Level 6 Felony.