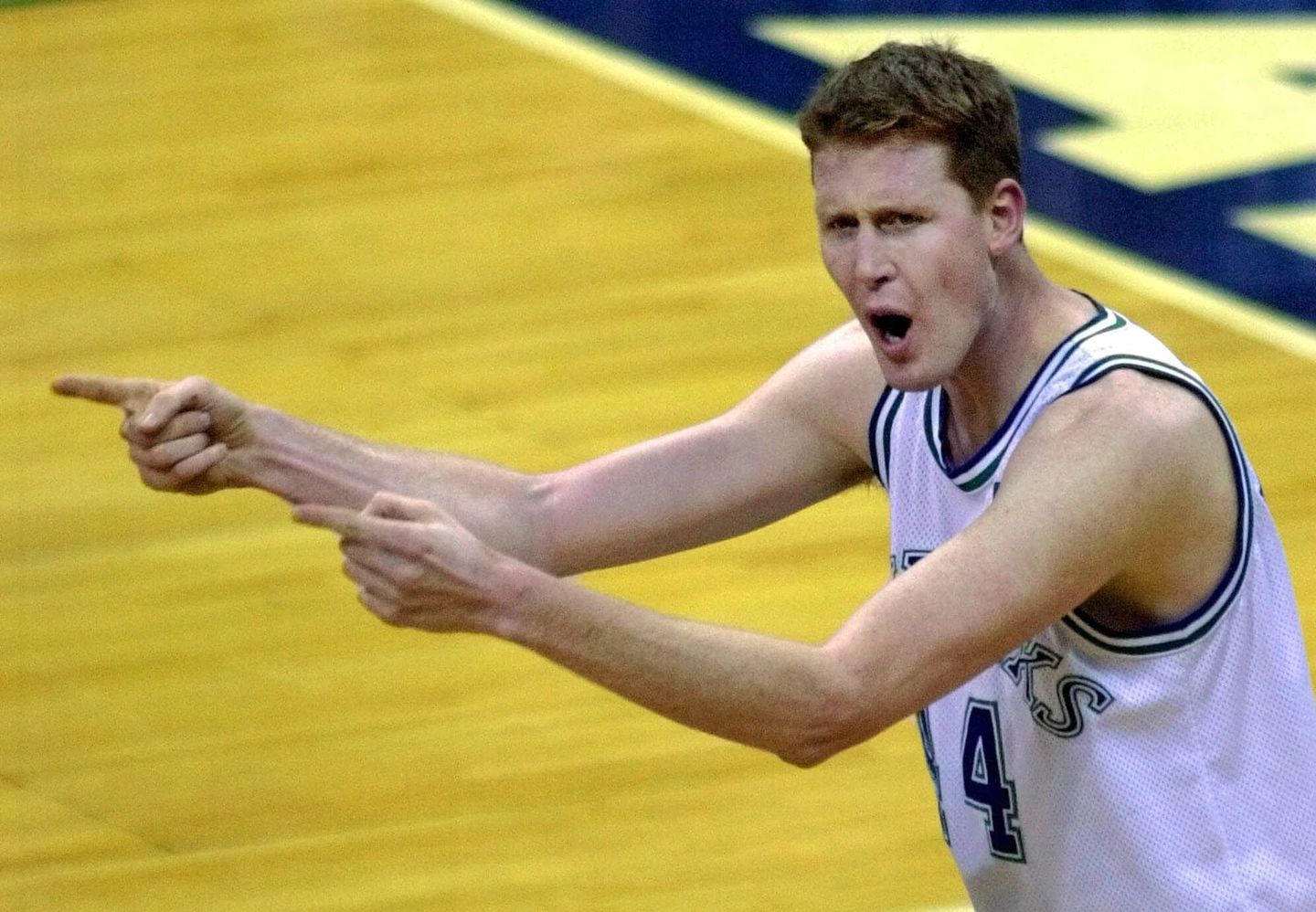 Former NBA center Shawn Bradley was left paralyzed after he was hit by a car while riding his bike.

The 1993 #2 overall draft pick was struck from behind while riding near his home in George, Utah, on Jan. 20, according to a statement released by the Dallas Mavericks.

“The accident caused a traumatic spinal cord injury that left him paralyzed,” the team said.

“With his wife Carrie at his side around the clock, and supported by an amazing team of rehabilitation specialists and family, Bradley is in good spirits,” the statement read, in part. “He plans to use his accident as a platform to bring greater public awareness to the importance of bicycle safety.”

The 7′6″ Bradley played one season of college basketball at BYU before acting as a Mormon missionary in Australia for two years before he entered the NBA draft. After being selected by the Philadelphia 76ers, Bradley was traded to the New Jersey Nets in 1995. After starring alongside Michael Jordan, Patrick, Ewing, Larry Johnson and Muggsy Bogues in “Space Jam,” he was traded to the Mavericks in February 1997 where he finished out his playing career.

“We are saddened to hear of Shawn’s accident,” Mavericks owner Mark Cuban said in the statement. “Shawn has always been incredibly determined and shown a fighting spirit. We wish him nothing but the best in his recovery. He will always be a part of our Mavs family.”