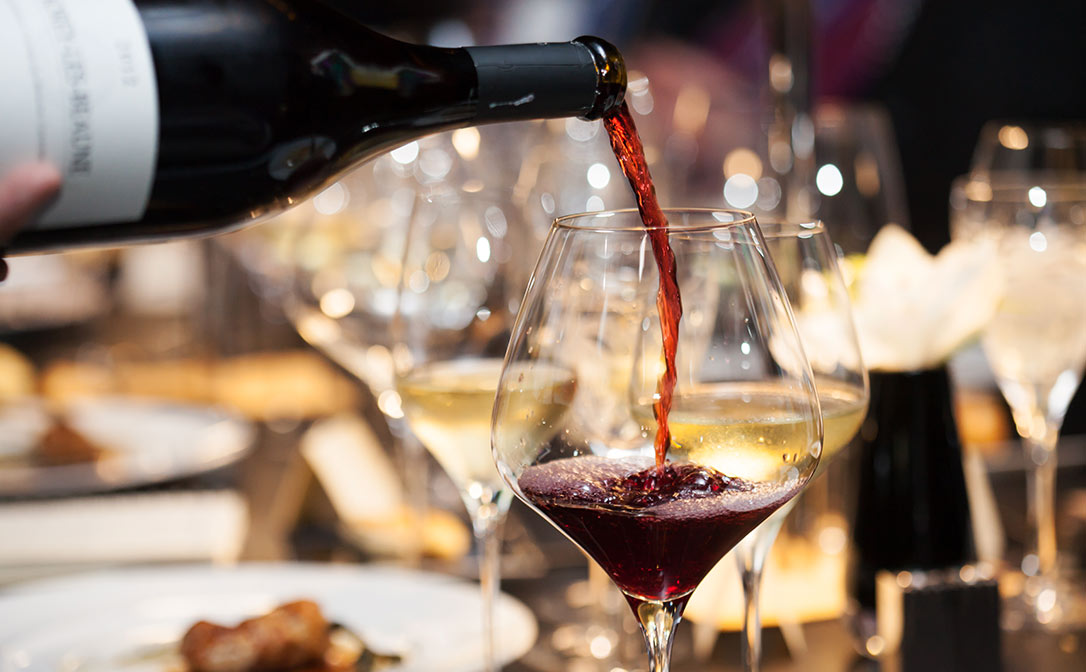 You are going to have dinner with a group of friends at a good restaurant. After giving you the food menu, the sommelier arrives and offers you the wine list. “Who is going to choose?” You look at each other as if he had asked who has not showered. Faced with a silence, which you did not remember as cuttingly since they spoke to you about sex in Religion class, the sommelier leaves the letter on the table, which is passed from hand to hand as an appeal before the Constitutional Court. In the end, what will you do? Well, warn: “Yeah… I have no bloody idea about ​​wines.”

You don’t know, but you’re lying: we all know about wine, because we all know the wine we like and “knowing about wine” means just that: satisfying your taste. Ball point. If you tell the sommelier what your favorite wine is, even if it is the one you buy for four dolars at the supermarket, without being intimidated by it, you will be giving them clues to recommend you and to discover others in the same line. Even if your reference is linear. Would you dare to do it, would you put up with the stunned faces around you? Difficult, huh? Never be ashamed of what you like, not with wine, not with sex, not anything really.

The world of wine has built a castle of solemnity so unbearable that, instead of inviting amateurs or young people, it expels them as mediocre, as savage. It seems that a degree in biochemistry and another in geology are necessary to speak properly, as well as an encyclopedic memory for names and labels and a poetic fondness to elegantly extol the formidable epic of the vine. If you do not distinguish between grape varieties just by looking at the glass, between fermentations, between types of limestone and clay, between oaks and redwoods or between the smell of a currant bathed in the dawn dew and that of a blackberry that cries at all hours that cries, you cannot even open your mouth so that the excellent wines from anthological wineries touch your miserable palate. Move aside, brute, you have a prodigy in front of you.

Wine has become the last stronghold of culinary snobbery, a sect with an inextricable jargon that pushes all of us who enjoy it to anticipate the well-known confession of ignorance, which is absurd. First, because it is “the kindest of all drinks”, as defined by the master of all gluttons, Jean Anthelme Brillat-Savarin, in his capital Physiology of Taste. The wine is almost always rich, the wine makes us happy. Enhances any meal, puts it on the tablecloth, and ignites the conversation. It contributes to that great democracy that promotes food when it is shared as a pleasure. Even the fine drunk after coffee drinks wine, according to the saying, one of many that we treasure on a drink that we have swallowed until consecrated for centuries.

Demanding scientific knowledge to smile with a glass in hand is as stupid as claiming a master’s degree in steel and aluminum forging from a butcher. Wine is a vehicle to be happy, as the knife is a tool to extract the best possible slices. So we have to start talking about wine with a language other than tannins, aftertastes, woods and smells standardized by the aroma boxes used by sommeliers, and which obviously only they understand. Professionals are responsible for providing you with this information, along with the stories of each bottle, its origin and its methods, so that those who want to educate themselves learn to enjoy more. Moreover, even more so than, in the open chest of complexes, the wine soothes itself.

“I have lived that scene at the table where nobody wants to choose the wine and I live it many times,” laughs Eric Vicente, sommelier at Cinc Sentits, a Barcelona restaurant with two Michelin stars. “Sometimes they choose a wine and, when you give it to them, they say they like it, but you already know by their face that they don’t,” he adds. Let’s see who is the daring one who returns the bottle because it seems too acidic, or abrupt or sweet; or because it doesn’t tell you anything. “I always give a glass to try, and I withdraw it and offer another as soon as I sense that it does not suit them.” The good sommelier adapts to the taste of the person in front of him, because only if he leaves pleased he will return.

“We have made wine very complicated for the consumer, and more so now, that apart from the appellations there are everything, unique vineyards, paid vineyards …” The list of distinctions that wineries attach to stand out in a highly competitive market acts as a labyrinth. What is the difference between a paid wine and a parcel wine? Has the plot been grown near a swimming pool? Is the paid one premium? “We have to be transparent and de-dramatize the election. There is a lot of criticism for wines that are considered vulgar, when many times they are the ones that allow people to start becoming fond of it ”. Eric, in fact, finds it much more difficult to choose in the supermarket, “where no one can help you.” How many times do we put a bottle on the cart because its label looks especially cool on the shelves. Is that a sin? Of course not. My car, my rules.

You have to fight for your right to party

Eric defends wine as a party that nothing can cloud, much less the requirement of a license. Spreading that love is already especially difficult in a society that has stopped cooking and that, in the same way that it has changed the tablecloth for the individual tray on the sofa, has also eliminated the daily consumption of a glass of wine as part of the liturgy of the family meal. Maxi Rodríguez Marina, an Asturian sommelier who has worked in restaurants and shops -who has also recommended wines in journalistic columns where he told his stories and intríngulis-, adds the loss of other commoner customs that normalized the hobby, such as the use of the jug, that artifact carefree and collective that suppresses the smell, but that makes all the mouths a communion. Not to mention the laughter it shoots as the lamps adorn the group that shares it. The same as the boot, the one we hung over the shoulder next to the hoe when Robert Parker was not born, when his name would have seemed that of a Hollywood actor.

Maxi points out another aspect that he knows as a family: “In France wine is still regularly drunk at home and it is given to children as soon as they are certain years old, to educate them.” And that school is more effective than “boring tasting notes” or of course putting up with the typical snob that every group of friends adopts and who has always, always, tasted a much better wine than the one you have just chosen. “In Spain we also have grapes such as Grenache, with sweet wines, which are perfect for young people to cheer up,” says Maxi, making the flag simple as a school and refuge.

That same Grenache that  so many applaud, by the way, was for decades reviled by experts as a mere filling grape for the reds that then aged for six years, like pharaonic mummies, in rough wooden barrels. Because snobbery was not invented today: Spain has been putting up with snobs since a long time. It is a country of smart people, as MediaMarkt well knows.

It came as a hinge

“I understand wine as food, with a Mediterranean conception of eating: a social act, influenced by appetite, taste, timing and, above all, who you are with,” sums up Álvaro Mokobodzk, at the head of La Zorra restaurant, in Sitges. Specializing in natural wines, Álvaro thinks that all the paraphernalia that surrounds language and commerce works when used correctly, when he does not intend to adorn culinary priests to exalt them above the common people. “Denominations of origin, for example: well understood are a seal of quality, a security for the consumer, but when they become Villa Burocracia they stop losing meaning.” And how many have followed that path, oh, marching without rhyme or reason. “I work with small producers, with many, and it would be difficult for me to give you a list of ten that are in a denomination, some because they cannot, but most because they do not want to.”

However, Álvaro is optimistic. He believes that the client already falls into two variants: the smart-ass, who is a professional and who makes up an increasingly reduced Sanhedrin, “and the client who goes through everything olympically, who just wants to have a good time.” And these are more and more abundant. “In France, where wine has all the pomp in the world, people know what they want, and that is why they have wines for everyone and at all prices.” We walk towards that scenario, in his opinion, since Álvaro questions that drinking has been completely stopped at home and also that young people do not approach wine: “It is true that we have one of the largest vineyards in the world and that consumption per capita is low. But there is a lot of self-consumption. Only the wine that enters the commercial circuit is counted ”.

About that classic that points to beer as a flatter drink, which is easier to approach, the same: “I don’t know anyone who would love the first drink of beer, or whiskey.” And yet, look at us in the bars, stringing rods and shots. The wine, paradoxically, allows a friendlier access.

That the bars are once again full of flats, the pantries full of bottles, the restaurants full of people toasting without complexes depends to a large extent on recovering a natural relationship with food. Wine is heritage and effort, but above all it is fun. “The consumption of wine involves human movements towards a success as sophisticated as creating a liquid not to quench thirst, but to savor it and add energy of change or affirmation of personality to the body’s blood,” says Manuel Vázquez Montalbán in Contra los gourmets.

Wine, like everything good in life, serves to get to know us and to improve ourselves. If someone wants to use it to separate us, to divide us into patricians and commoners, we are obliged to submerge it in a vat and not remove it from it until the town festivities are over or until it is recognized as a tacky gingerbread. So let’s open the bottle, pour out, and tattoo Rob Fleming’s maxim in Hi-Fi: “The important thing is not what you would like to be. The important thing is what you like ”.