Pinot Noir in Puebla, a wine of excellence plus socially responsible: Miguel Hernández 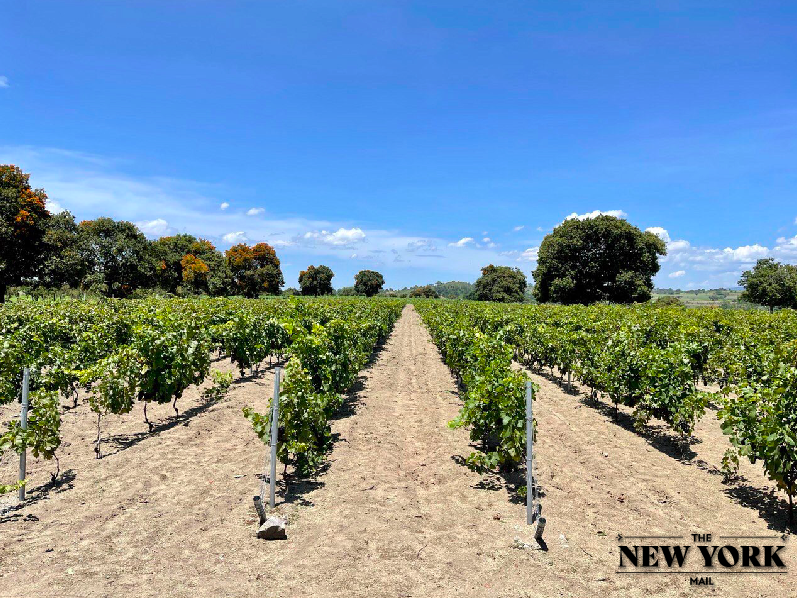 Miguel Ángel Hernández is a renowned winemaker and the living example of the character of Puebla’s people: entrepreneurs, daring, proud of their roots and who are always looking for innovative ways to generate development for their community, which they do not forget.

This Mexican moved away from what could have been a traditional career in a world as competitive as oenology, in fact, he studied at Santo Tomás University, one of the most recognized in the Mexican environment, he trained in France, but 8 years ago took the decision to return to Puebla and rescue the winemaking tradition of this town in Mexico, which, as strange as it sounds today, was the first place in the country where wine began to be produced in New Spain.

It is well known that the wine sector is experiencing a high level of economic concentration, both in its domestic and foreign markets. Mainly in the Baja California area, which has developed a solid reputation in the last century.

In turn, this sector in Mexico has a strong level of economic, political and union organization, which makes its relative weight in economic decisions important when it comes to the design of public policies and support for “traditionally wine-growing” areas.

On the other hand, suppliers and consumers have significant bargaining power. There is a strong rivalry in the sector.

All this has a greater influence on small winemakers and homemade and artisanal wine producers, which, by having a smaller market share and handling small volumes, see their bargaining power and their relative participation in a market as competitive as the viticulture diminished.

For this reason, to undertake a wine rescue project in Puebla, it had to have a very well drawn up plan, key links and above all, a strong will to carry it out.

Therefore in 2011, with only one hectare, he began his adventure where, up to date, he produces under a social cooperation scheme, 50 hectares in 14 municipalities of the state. Enough volume to market 25 thousand bottles of Pinot Noir wine in 2021, the strain that he brought from France and with which he has consolidated the rescue of this tradition. The model developed is socially responsible and of joint profitability, a new way of making excellent wine in Puebla.

Under this scheme, producers can receive advice, be partners and receive profits from the sale of raw materials or, allow Casa Miguel Hernández to vinify their product and make their labels which they can commercialize in a personalized way, an innovation worthy of study.

It stands out that these wines, although relatively new, are gaining recognition spaces in Mexico and soon internationally, so we recommend closely following the development of this Puebla winemaker.

1 thought on “Pinot Noir in Puebla, a wine of excellence plus socially responsible: Miguel Hernández”