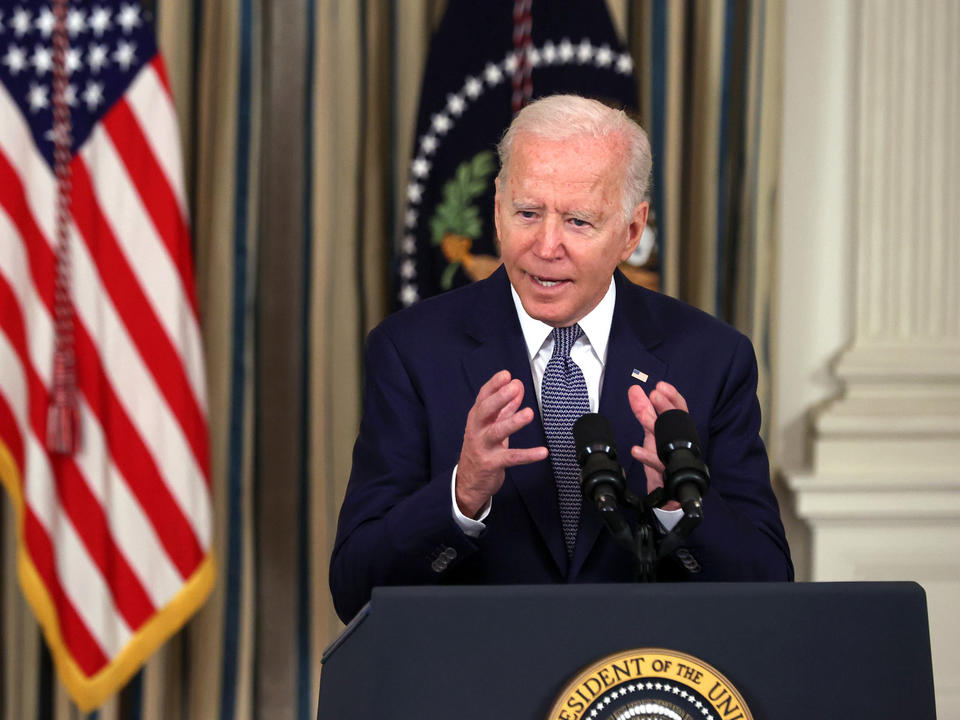 President Biden plans to visit storm-ravaged sections of Queens this Tuesday as the city continues to rebound from the devastating rainfall that left 13 New Yorkers dead.

The White House, in a Saturday announcement, said Biden will arrive six days after Tropical Storm Ida wreaked havoc across the boroughs.

The little boy’s parents perished alongside the child.

Five victims remained unidentified on Saturday, including the trio killed in the Queens basement. The other two were a 40-year-old man, believed to be homeless and found drowned in Sunset Park, and a man found burned to death inside his car on the Grand Central Parkway, police said.

Biden also plans a stop in Manville, N.J., where the killer storm forced the evacuation of residents by boat and helicopter as the town of 11,000 residents was hammered with 10 inches of rain.

The death total remained at 25 in the Garden State, although six people were still missing — including a freshman commuter student at Seton Hall University. Nidhi Raha was last seen with friend Ayush Rana in her hometown of Passaic.

Also in Passaic, a 70-year-old Clifton man was killed Wednesday when his car was deluged by floodwaters.

Three days after the storm pounded the city and its suburbs, Consolidated Edison reported fewer than 2,000 customers without power Saturday. The utility was handing out dry ice in Mamaroneck for any local residents still without electricity.

But the after-effects continued, with the Department of Buildings inspecting more than 1,500 properties Saturday where the owners reported damage from flooding to structural issues to problems with retaining walls.

The DOB said Friday that 10 of the victims drowned in basements that were illegally rented out as apartments.

Biden made a Friday visit to Louisiana with promises of federal assistance to help the state bounce back from Ida’s devastation. The government has already handed out $100 million directly to local residents in $500 checks to get the recovery effort started, he said.

“I promise we’re going to have your back,” said Biden, whose office provided no further details on his New York visit. The president is due in Manhattan later in the week for the 20th anniversary of the 9/11 attacks.

The president took a flyover trip for a first-hand look at the worst-hit regions of Louisiana, including the Lafourche Parish after the area of 100,000 residents lost 25% of its homes. The state reported 10 deaths from the storm.