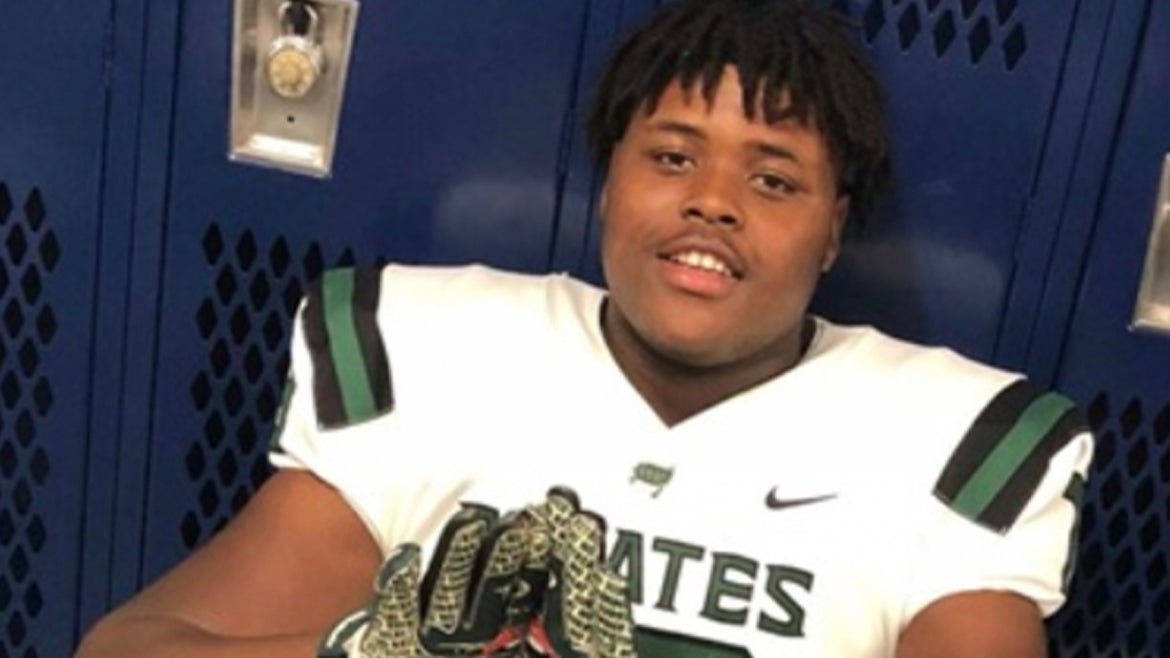 A teen football player from Missouri was fatally crushed after an elevator left him trapped between two floors of a Georgia apartment building offered as student housing.

JauMarcus McFarland had been attending Champion Prep Academy in Atlanta, a post-graduate program for students who wish to earn a college degree while participating in collegiate level sports.

The 18-year-old and his teammates were leaving 444 Suites Student Housing in Northeast Atlanta, where they lived, for practice on Wednesday when the deadly incident occurred. According to People, the group entered an elevator in the building around 3 p.m. before it suddenly entered freefall, pinning MacFarland between the cab and the third floor of the building.

He remained trapped for nearly an hour, his legs left dangling over the second floor below him, witnesses told 911 dispatchers.

After nearly an hour, rescue crews managed to free McFarland, who died from his injuries a short time later at Atlanta Medical Center.

The building’s property manager, Nathan Phillips, told told CBS46 more than a dozen people were in the elevator at the time, triggering a domino effect of events leading to the unfortunate death of this young man.”

“The weight capacity of the elevator was 3,000 lbs. — but the 16 young athletes who were inside the elevator when this occurred pushed that limit to nearly 4,000 lbs.,” he said.

Phillips continued: “This is a horrible tragedy, and it deeply saddens us all that this has happened.”

Michael Carson, president and founder of Georgia Prep Sports Academy, told People the student athlete had “dreams of going to a major college and having the opportunity to play in the NFL one day.”

“He knew exactly what he wanted in life,” Carson recalled, struggling to his his emotion. “He was one of those kids who had a 3.5 average out of high school but just didn’t have the test scores. He was using our program to prep for the ACT [American College Test] in hopes of being recruited this month to be on their college campuses in January. His dream was within reach, it really was just tragically taken away from him.”