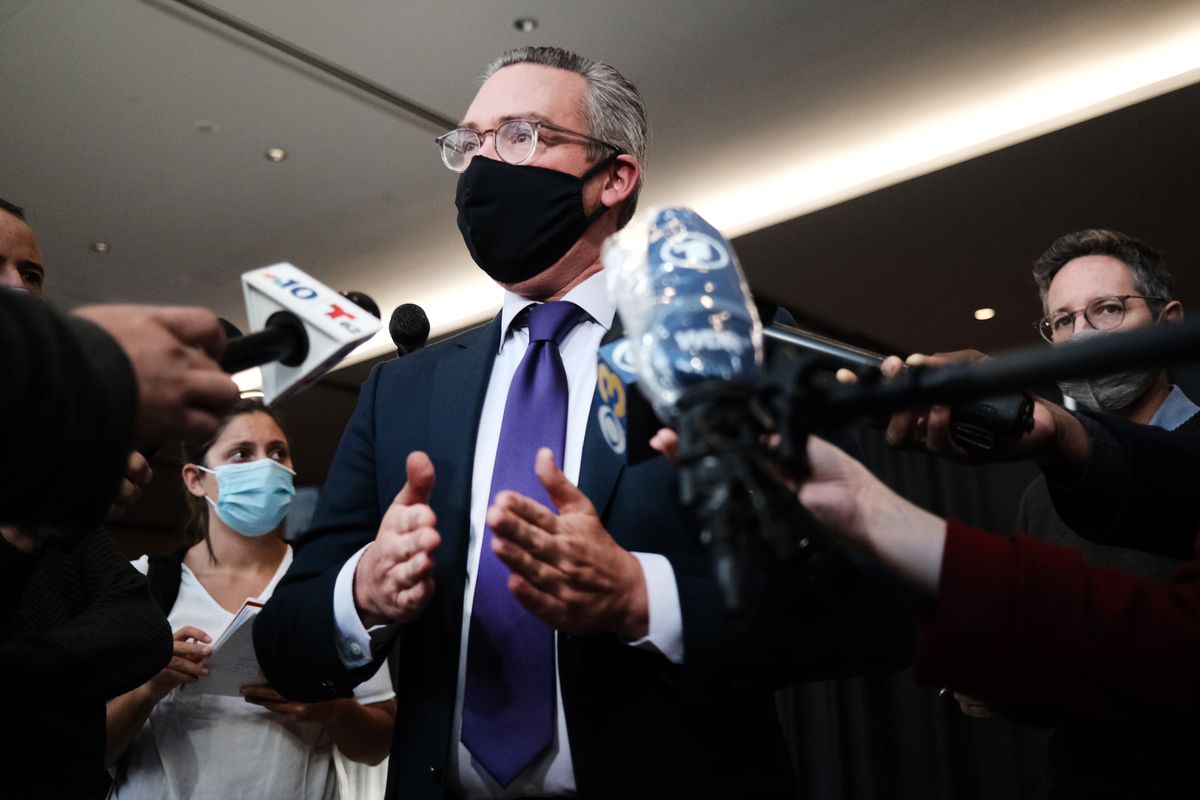 A Republican election official in Philadelphia on Wednesday denounced claims of widespread fraud as “completely ridiculous” even as President Trump continued to cry foul.

GOP City Commissioner Al Schmidt said there was no evidence of any serious irregularities in the Philadelphia count, which effectively delivered the state of Pennsylvania to President-elect Joe Biden.

“I have seen the most fantastical things on social media, making completely ridiculous allegations that have no basis in fact at all,” Schmidt told CNN on Wednesday.

Trump quickly denounced Schmidt as a “so-called Republican (RINO)” — an acronym for Republican in name only.

“A guy named Al Schmidt … is being used big time by the Fake News Media to explain how honest things were with respect to the Election in Philadelphia,” Trump tweeted. “He refused to look at a mountain of corruption & dishonesty.”

Biden leads by roughly 47,000 votes in Pennsylvania, which awards 20 electoral votes. That margin has grown steadily as counties count mail-in and provisional ballots, most of which have strongly skewed Democrat.

Philadelphia voted about 80% for Biden, a similar margin that Hillary Clinton won over Trump in 2016.

He was joined by a GOP poll watcher Daryl Brooks, a convicted sex offender, and ex-NYPD Commissioner Bernie Kerik who declined to comment on his appearance.

The only Republican lawsuit that’s gained traction in courts is an effort to question whether write-in ballots that arrived after Election Day should be counted.

The Pennsylvania Supreme Court ruled the ballots could be counted if they arrived by last Friday. The U.S. Supreme Court ordered those ballots to be set aside in case it decides to revisit that ruling.

Only 10,000 ballots arrived after Election Day and they have not yet been counted or added to the tally.