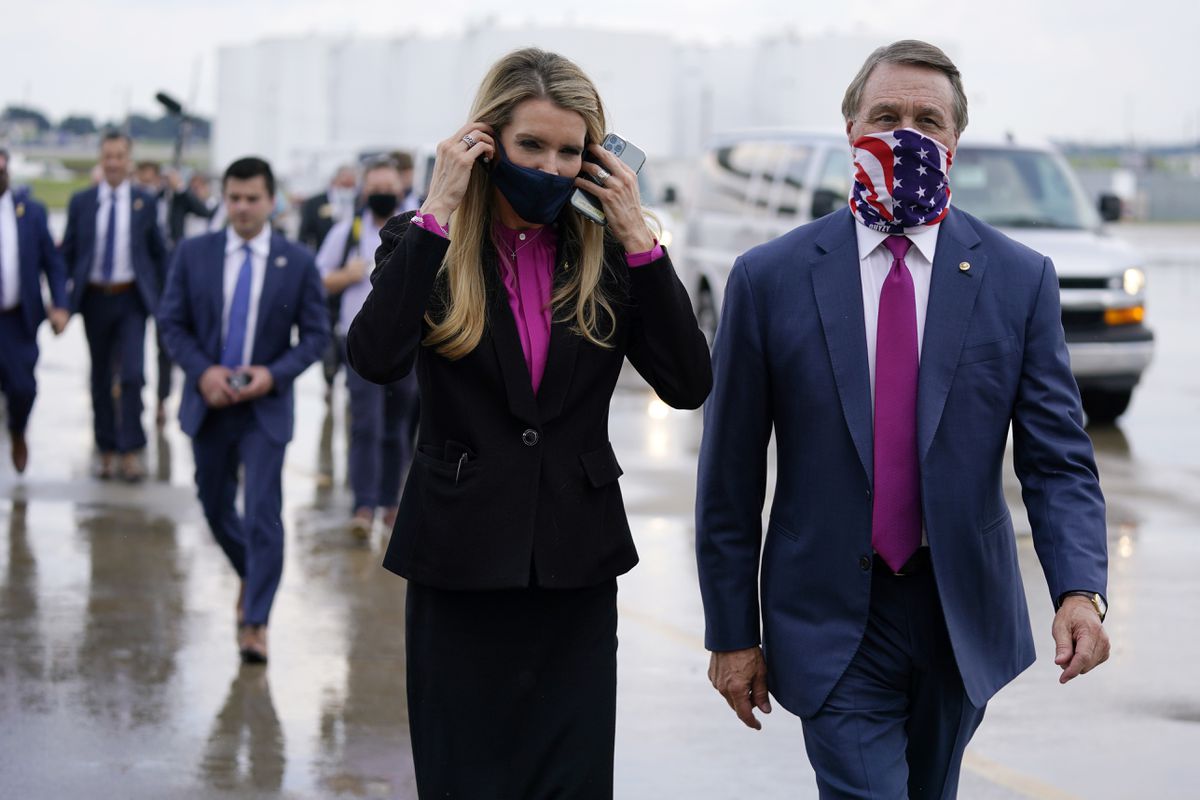 The first poll of the crucial Georgia run-off elections released Wednesday showed a nearly deadlocked race with control of the Senate on the line.

Incumbent Republican Sen. David Perdue held a 4% lead over Democratic challenger Jon Ossoff, according to the poll conducted by Remington Research, an opinion firm that often works for Republicans.

GOP Sen. Kelly Loeffler — who was appointed to her seat by the governor — is clinging to a 1% lead over Rev. Raphael Warnock, the pastor of Rev. Martin Luther King Jr.’s old church in Atlanta, according to the poll of twin votes set for Jan. 5.

Republicans are on track to hold 50 Senate seats going into the Georgia run-offs while Democrats have 48.

Democrats need only to win both seats to hold a majority the chamber since Democratic Vice President-elect Kamala Harris could cast tie-breaking votes.

Both parties are now focused on the Georgia races because they will determine whether Biden has a realistic chance to push his agenda through a divided Congress.

The divide is growing among Georgia Republicans as well — both Perdue and Loeffler called for the GOP Secretary of State Brad Raffensperger to resign on Monday over allegations of voting mismanagement.

The two senators join a growing number of Republicans who appear to be in lockstep behind Trump’s effort to hold onto the White House.

Party members are urging Trump to campaign for Loeffler and Perdue, which would undoubtedly raise the political temperature to the boiling level.

In previous run-off elections, turn out was significantly lower and the electorate was more GOP-leaning than on Election Day.

“This is going to be 100% start to finish a base turnout election,” said Titus Bond, president of Remington Research. “It’s all about getting the base motivated to vote again.”