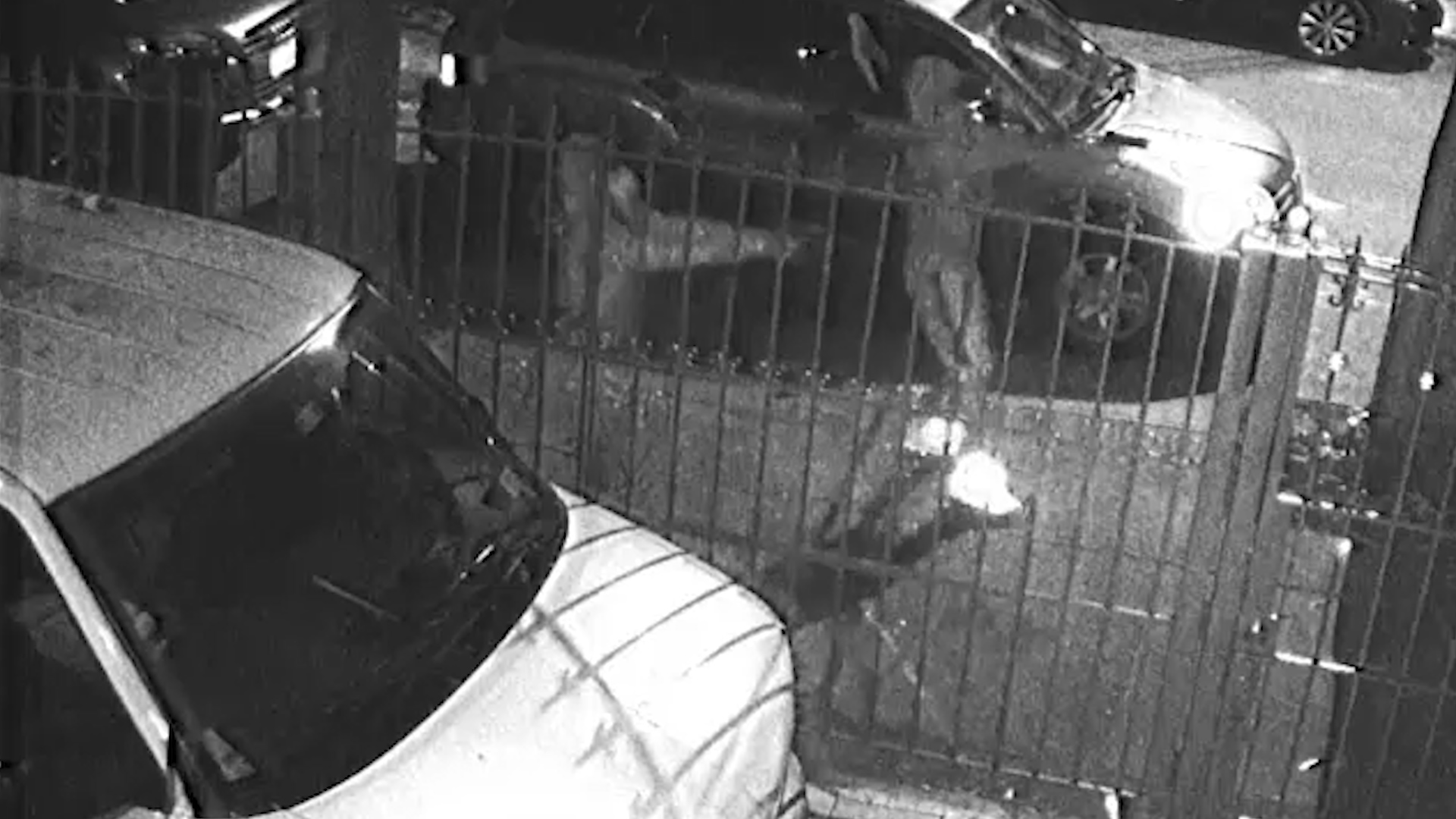 The pair of shooters fired at least two rounds, striking a 22-year-old man in the shoulder, before running off about 10:30 p.m. Monday.

The victim was attending a candlelight vigil at George Walker Jr. Park on Vermont St. and Jamaica Ave. in Cypress Hills for Kleimer Piron, 16, and Anthony Villa, 18, who were fatally shot there Sunday evening. A third teen, 17, was also wounded in the Sunday shooting.

Police sources said the victim was standing in a crowd of people gathered around candles and flowers dedicated to the slain teens when the gunmen opened fire.

The victim was taken to Brookdale University Hospital with a non-life threatening wound.

The gunmen fled the scene in a maroon Dodge Charger, officials said. Cops released the footage in the hopes that someone recognizes the duo.

No arrests have been made in either shooting. Cops earlier released video showing the gunman in the fatal Sunday shooting opening fire while hanging out of the sunroof of a passing Honda CRV.

Anyone with information regarding this incident is asked to call Crime Stoppers at (800) 577-TIPS.