Person of interest in NYC subway shooting ranted for hours in YouTube videos about Mayor Adams, homelessness and race wars 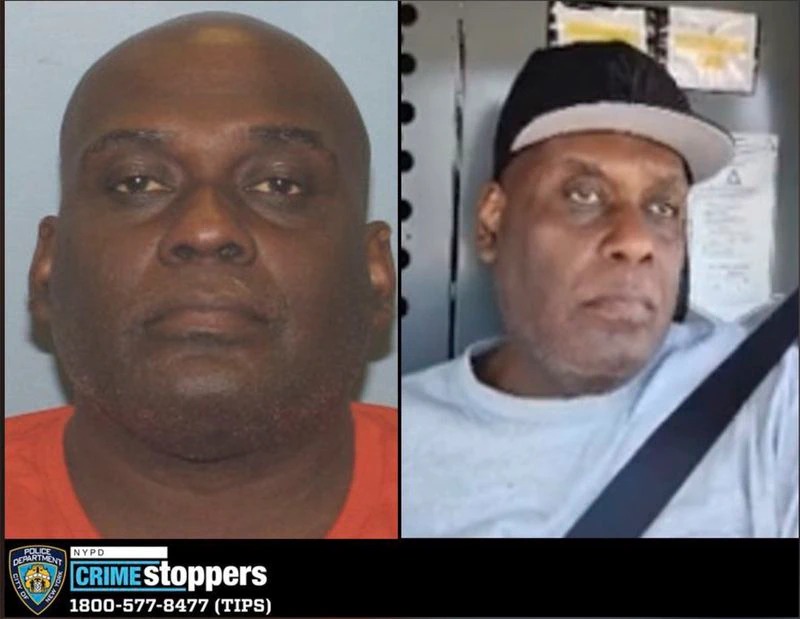 The person of interest in Tuesday’s mass subway shooting in Brooklyn has recorded dozens of hours of YouTube videos, ranting about Mayor Adams, homeless people in the subway system, gun violence, and how outreach workers are “homosexual predators.”

Frank James, 62, remains at large after Tuesday morning’s attack, which left 10 people shot and another 13 with various injuries.

In a more than hourlong rant posted on YouTube Sunday night, James raged about the war in Ukraine, and said it would become the precursor for a race war to wipe out Black people.

“They’re white, you’re not. They’re doing that to each other? What do they think they’re going to do to you?” he fumed. “It’s just a matter of time before these white motherf—ers say, ‘Hey listen, enough is enough, these n—–s gotta go.’ What’re you going to do? You gonna fight. And guess what? You gonna die.”

NYPD Commissioner Keechant Sewell said the NYPD has stepped up security for the mayor as they search for James.

In a series of videos, James chronicled his trip from Wisconsin to Philadelphia about three weeks ago. And on March 27, he ranted about homeless people in New York City’s subway system, and mentioned staying in an Airbnb.

“Eric Adams, Eric Adams, what the f–k, what are you doing, brother? What’s happening with this homeless situation? I got on the E train, every f—ing car … every car I went to was loaded with homeless people.”

In another video from Feb. 20, titled, “how you gonna help me,” he sits in front of an array of photos of who he claims were the mental health outreach workers he dealt with while he was in crisis in the 1970s through the 1990s in New York.

“So as you listen to the mayor talking about how they want to bring in health workers, they want to help the homeless … there’s no help. It’s going to fail! Because all these m—–f—-ers are predators. They’re homosexual predators trying to turn everybody out,” he said.

Sewell stopped short of calling James the shooter, though she confirmed he rented a U-Haul van linked to the attack.

At least 10 people were shot, while 13 more needed medical care, after the gunman set off two smoke grenades and started shooting at passengers on an inbound N train arriving at the 36th St. stop in Sunset Park, according to authorities.

The shooter left behind a handgun with extended magazines, a backpack, the U-Haul key, ammo, smoke grenades, fireworks and gasoline.

“He was talking to himself, mumbling,” one high-ranking police source said. It’s not clear why he left the bag behind, and no one has come forward to say they grabbed it from him or fought him off.

Cops ask anyone with information about James’ whereabouts to call Crime Stoppers at (800) 577-TIPS.