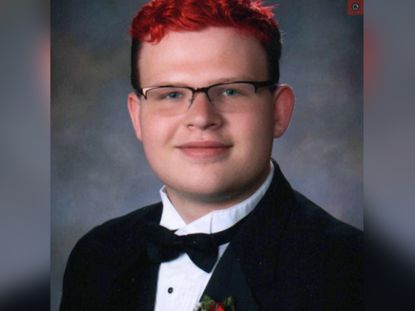 A teenager was fatally shot while watching the sunset in a Pennsylvania park over the weekend with his girlfriend, who reported seeing a hunter nearby not long after her boyfriend was struck.

An investigation was underway in Bucks County on Tuesday into whether or not the man, who was sporting what appeared to be an orange hunting vest, played a role in the death of Jason Kutt.

The 18-year-old died on Monday at St. Luke’s Hospital-Bethlehem, just days after he was shot at Nockamixon State Park around 5:15 p.m. on Saturday, NBC Philadelphia reported. He was sitting on the edge of a lake at the time with his girlfriend, who was not injured in the incident.

She told authorities she heard a single shot before Kutt, a 2020 graduate of Pennridge High School, fell backwards just before the sun set. She said she then spotted a man she believed to be a hunter about 550 feet away, who looked in their direction before leaving the area.

It is not clear whether he was involved in the fatal shooting, but authorities have asked the public to come forward with any information they may have in the case. Investigators have not identified any other suspects at this time.

“We want to get to the bottom of this,” Bucks County District Attorney Matt Weintraub said during a Monday press conference.

“We don’t have any suspects, we don’t even know if a crime has been committed yet, but we need to understand how Jason Kutt died and we need your help to do that.”