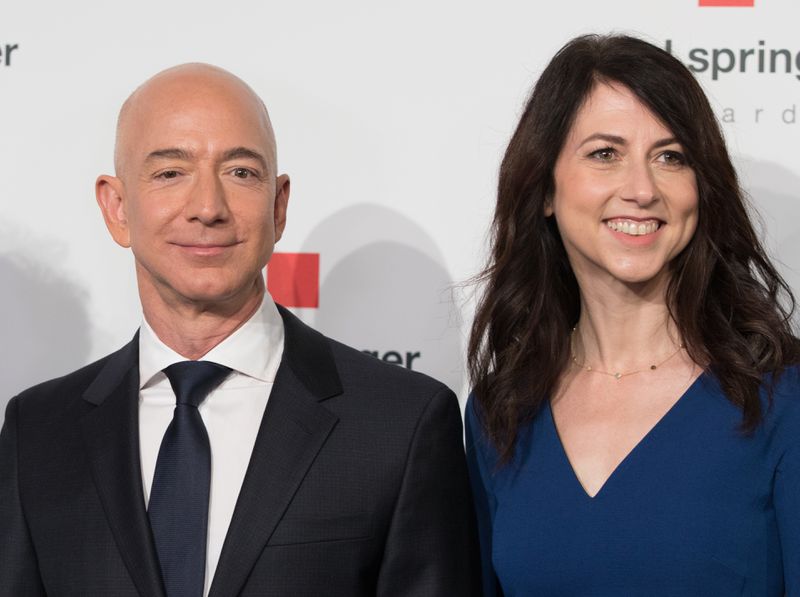 MacKenzie Scott, ex-wife of Amazon titan Jeff Bezos, has ditched her married name and is giving away big money.

Even before the novelist and activist inked divorce papers last year, she had signed onto the Giving Pledge, vowing to give away at least half her fortune under the initiative launched by Warren Buffett and Bill and Melinda Gates that encourages the world’s richest people to designate a chunk of their considerable change for charitable causes.

She also changed her name back to the “middle name I grew up with, after my grandfather Scott,” she said on Twitter Tuesday.

The Amazon founder’s ex has donated $1.7 billion so far, she said Tuesday in a Medium post detailing why, and where, her money had gone — mainly to groups promoting racial and gender equity, public health, education and economic parity.

“Like many, I watched the first half of 2020 with a mixture of heartbreak and horror,” Scott wrote. “Life will never stop finding fresh ways to expose inequities in our systems; or waking us up to the fact that a civilization this imbalanced is not only unjust, but also unstable.”

“Last year I pledged to give the majority of my wealth back to the society that helped generate it, to do it thoughtfully, to get started soon, and to keep at it until the safe is empty,” Scott wrote. “There’s no question in my mind that anyone’s personal wealth is the product of a collective effort, and of social structures which present opportunities to some people, and obstacles to countless others.”

With the help of a consulting team, Scott chose 116 organizations that not only support a range of causes but also are run by those who benefit from the results. Among them were A Call to Men, which works to defuse male toxicity; the American Indian Graduate Center, which awards scholarships to Native students; the National Congress of American Indians, Movement for Black Lives, NAACP Legal Defense and Educational Fund, National Center for Lesbian Rights; International Trans Fund; Partners in Health — StopCOVID, and the Solutions Journalism Network, among many others.

Scott also linked to them individually, implicitly encouraging others to do the same.

“What fills me with hope is the thought of what will come if each of us reflects on what we can offer,” Scott wrote. “Opportunities that flowed from the mere chance of skin color, sexual orientation, gender, or zip code may have yielded resources that can be powerful levers for change. People troubled by recent events can make new connections between privileges they’ve enjoyed and benefits they’ve taken for granted. From there, many will choose to share some of what they have with people whose equal participation is essential to the construction of a better world.”