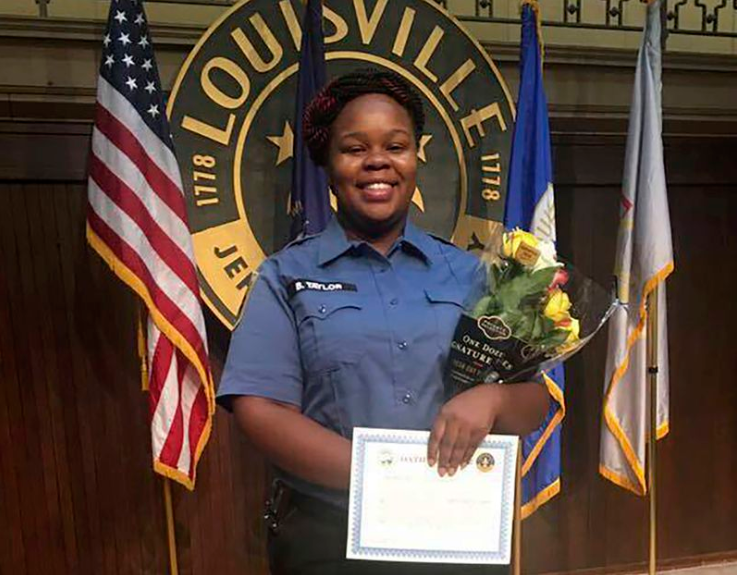 A grand jury on Wednesday decided to indict only one of the three Louisville officers involved in the shooting death of Breonna Taylor, charging him with three counts of first-degree wanton endangerment.

Former cop Brett Hankison, who lost his job in June, is accused of firing blindly into the Black woman’s apartment during a botched raid on March 13.

Sgt. Jonathan Mattingly and officer Myles Cosgrove were not charged, causing immediate anger among numerous anxious demonstrators who had gathered in Kentucky’s largest city to hear the highly anticipated announcement.

Taylor, shot dead at 26, became a face of nationwide protests against police killings of Black people, with her name ringing out alongside George Floyd’s and many others’ at protests across the country.

Taylor was blasted with gunfire early in the morning of March 13, when plainclothes police officers serving a narcotics warrant busted into the apartment she shared with her boyfriend, Kenneth Walker.

The officers said they identified themselves, but Walker and his neighbors said they never heard any announcement.

Walker has said that he thought burglars were breaking in and fired a single “warning shot” before the cops unleashed a barrage of bullets. Five of those shots hit Taylor, who died that night.

More than three months after the killing, Hankison was fired by the Louisville Metro Police Department, which said he “wantonly and blindly fired ten (10) rounds” in Taylor’s apartment. Hankison has appealed his firing; Mattingly and Cosgrove were not disciplined beyond their administrative reassignment.

Just days ago, Taylor’s family settled a civil wrongful-death lawsuit with Louisville officials for $12 million, the largest amount the city has ever paid over an officer shooting someone.