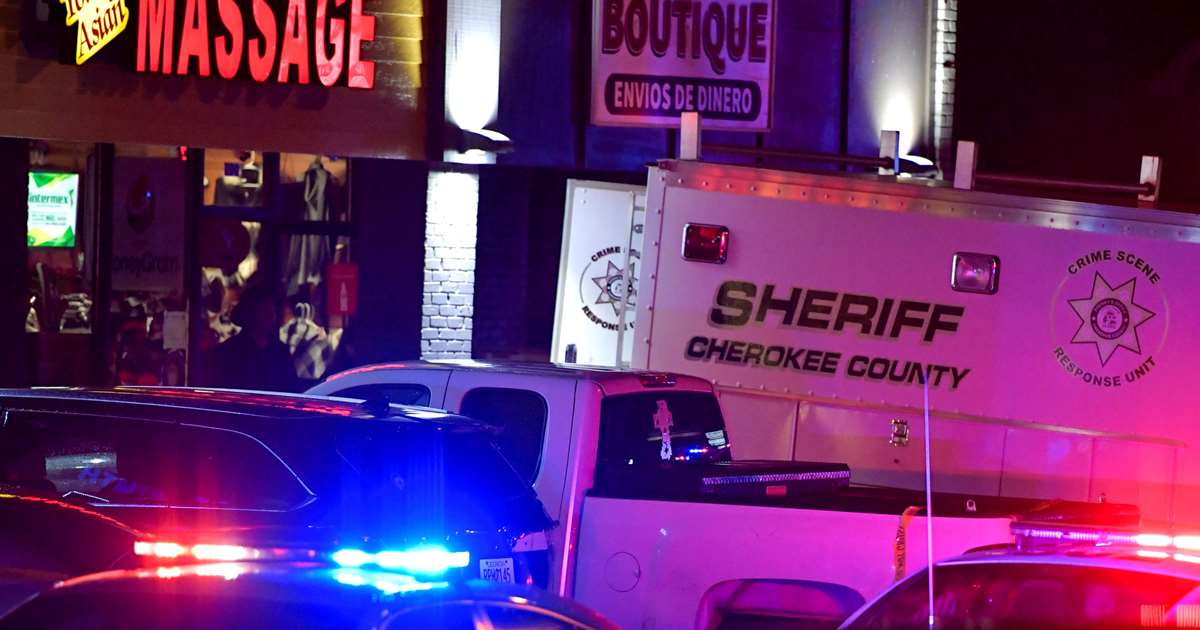 The suspect in the horrific Atlanta spa shootings that left eight people dead Tuesday was having a “really bad day” before he carried out the attacks, an official said.

Capt. Jay Baker said Wednesday that the suspect, Robert Aaron Long, told authorities he had a sex addiction that caused him to open fire at three massage parlors.

“Yesterday was a really bad day for him and this is what he did,” Baker, a captain for the Cherokee County Sheriff’s Office, said during a press conference.

Baker’s curious choice of words to describe the killer’s state of mind shocked social media, with many expressing their disgust. One person @ElChakotay said, “No it was a really bad day for the victims involved & their families,” adding the hashtag #StopAsianHate, which has been trending all day.

Another person, @FatherFlanagan1, made a wry comment, “In other news: His victims were unavailable for comment on how their day went.”

Of the eight people killed, six were women of Asian descent. Long, 21, was arrested Tuesday night after the shootings.

Long claimed to authorities that his attacks were not racially motivated, Baker said Wednesday.

Baker said Long considered the spas “a temptation for him that he wanted to eliminate.” He also said the suspect was “at the end of his rope” when he carried out the attacks.

As Baker’s “bad day” explanation was mocked online, multiple users found his Facebook account. In March 2020, the account shared a photo of T-shirts that read “COVID-19: Imported virus from Chy-na.”

Long was charged with four counts of murder, as well as one count of assault, according to Cherokee County authorities.

In a statement, the anti-Asian discrimination group Stop AAPI Hate, condemned the attacks.

“The reported shootings of multiple Asian American women today in Atlanta is an unspeakable tragedy — for the families of the victims first and foremost, but also for the Asian American community, which has been reeling from high levels of racist attacks over the course of the past year,” the organization said Tuesday.