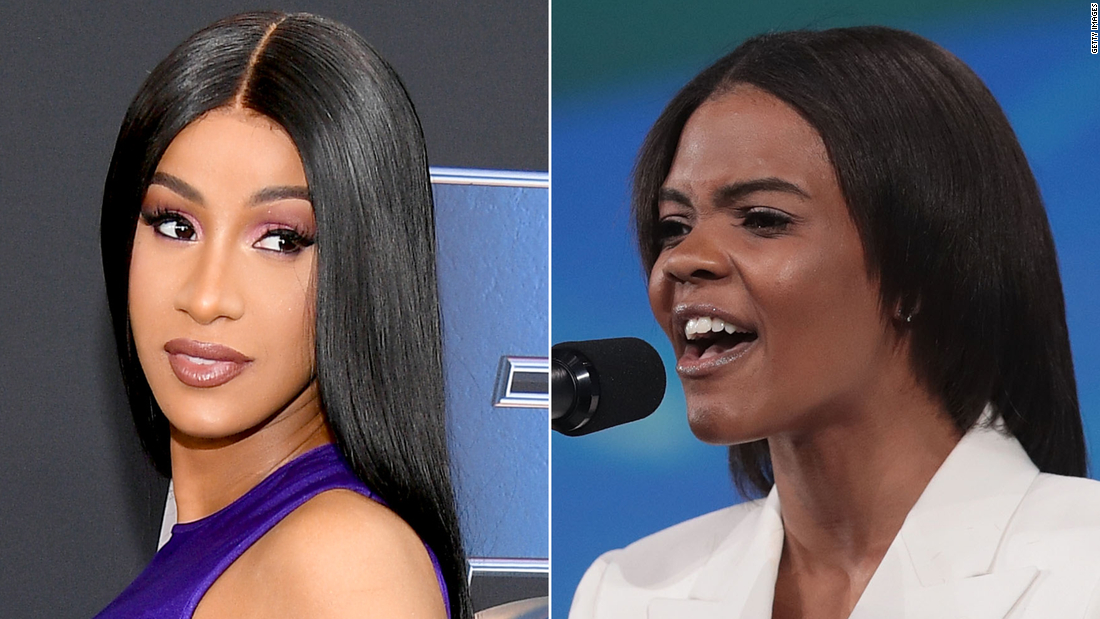 The gloves are off in the reignited battle between Cardi B and Candace Owens.

It began when Owens appeared on Fox News to discuss the “weakening of American society … the end of an empire” and referenced Cardi B – following the rapper’s jaw-dropping Grammy performance of her record-breaking hit song “WAP” with Megan Thee Stallion. The staunch conservative claimed that that the raunchy performance was contributing to “the destruction of American values and American principles.”

“It’s terrifying!” Owens told Tucker Carlson. “I think parents should be terrified that this is the direction that our society is heading towards.”

The Bronx native followed it up by thanking Owens, whom she nicknamed “Candy,” for giving the performance “more views” which she noted will count towards her streams and sales.

She also added, “REMEMBER GROWN PARENTS ONLY YOU CAN MONITOR WHAT YOUR KIDS WATCH NO1 ELSE.”

Owens shot back on social media, calling the Atlantic Records artist by her birth name, Belcalis, and explained that her issue lies “with [Cardi] being used to encourage young women to strip themselves of dignity.”

Things quickly spiraled and the two continued a back-and-forth exchange on the popular social media app with Cardi B bringing up an old tweet, in which Owens claimed her husband cheated on her with her brother.

The 31-year-old “Blackout” author claimed the tweet was photoshopped and then threatened litigation against the former “Bodak Yellow” lyricist.

Cardi B, 28, threatened to sue as well for “makin it seem like I photoshop something.”

This isn’t the first dust-up between the two married mothers.

In September, Owens took public umbrage to the Elle Magazine interview Cardi B conducted with President Biden, where she spoke about her fears as a Black woman in America and how she’s already thinking about the safety of her 2-year-old daughter, Kulture.