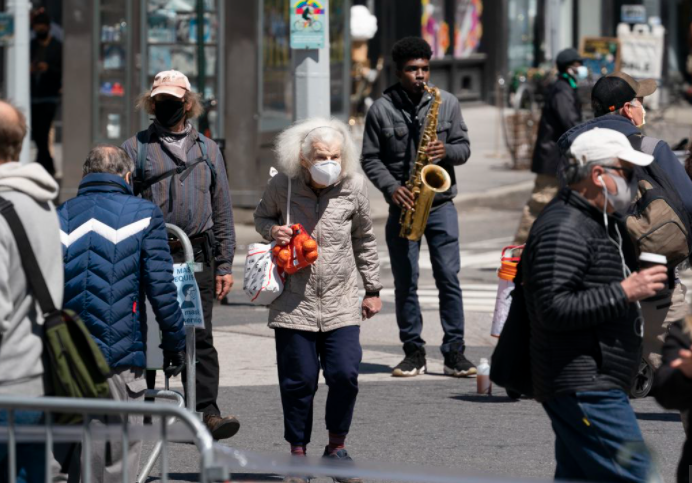 New York’s statewide COVID numbers extended their steady decline over the weekend, even as the pandemic wreaked havoc around the world.

The Empire State’s single-day infection rate dipped below 1.5% on Saturday, according to Gov. Cuomo’s office, down from levels that reached the double digits in the aftermath of the winter holidays.

The state’s latest rolling average infection rate over seven days — viewed as a better indicator than single-day stats — came to 1.84%, the lowest level since Nov. 6, the governor’s office said.

The new threshold was reached as authorities maintained a full court press to get vaccine jabs into New Yorkers’ arms.

More than 93,000 doses were administered statewide Saturday, according to Cuomo’s office, bringing the total number of shots since the campaign began in December to more than 15 million.

“Every single day, New York State is moving forward in the footrace between the infection rate and the vaccination rate. More New Yorkers are getting vaccinated and hospitalizations are declining, which is good news, but we need New Yorkers to stay vigilant,” Cuomo said.

He went another Sunday without a press conference as he tries to avoid media scrutiny over scandals on multiple fronts, from sexual harassment allegations to his handling of COVID deaths at nursing homes.

On the global level, the White House said on Sunday it was working with the World Health Organization on loosening intellectual property restrictions so vaccines could be distributed more widely.

“Intellectual property rights is part of the problem. But really, manufacturing is the biggest problem,” Klain said on CBS News’ “Face the Nation.”

Meanwhile, Puerto Rico was struggling with a surge in COVID cases.

“The difficulty here is how do you … give people the opportunity to work and be responsible and also maintain health as a priority,” said Ramón Leal, former president of Puerto Rico’s Restaurant Association. “These are hard conversations.”

In Europe, two separate weekend concerts underscored the uncertainty surrounding daily life as people try to get back to a kind of normalcy.

About 5,000 people attended a one-day music festival in Liverpool, England, shunning masks and social-distancing protocols in a test of whether concerts spread the virus, according to Reuters.

“People are fed up,” one attendee griped to broadcaster RFI. “All the time, you have [to wear] the mask … You don’t know which foot to dance [with].”